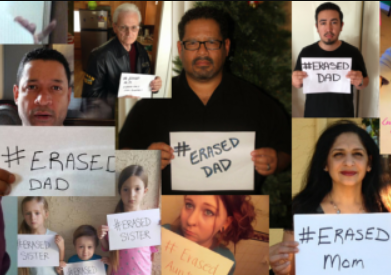 More rogue Oklahoma judges are affecting the lives of parents in negative ways. The Oklahoma Post recently learned of the case of re the Marriage of: Wilson, Rebekah Kay vs. Williams, Kristina Lea in the Oklahoma County family and domestic docket No. FD-2021-3681. The Oklahoma County court case involves the mother who carried and delivered the baby, the loving and bonded non-gestational parent, and the volunteering sperm donor.

On the warm and windy Oklahoma plains of the summer of 2019, Kris Williams and Rebekah Wilson were legally married. As most couples do, the pair were in hopes of raising a child together; Wilson carried the child, conceived through artificial insemination from the sperm donor, and as all parents hope to be….Kris was at the big moment of their child’s birth and was even able to cut the umbilical cord. The newest addition to the family was named in honor a beloved family member on Kris’ side of the family. From that day forward Kris and her child have lived the normal parental child relationship that all Oklahomans normally enjoy; until now.

In Oklahoma, as across the United States of America, same-sex marriage is legal. Both Kris and Rebekah had their names on the baby’s birth certificate as mother and mother, and with that expectation came Rights. One would assume, the right to keep your name on a birth certificate and to be in contact with your child to be a protected Parental Right.

The dirty side of the story started on December 2nd, 2021. An unethical motion to remove Kris’ name and identity from the birth certificate was presented before Judge Lynne McGuire that could affect parents across the State. What should have been a simple divorce proceeding has now turned into a state-sponsored nightmare; one in which Wilson’s attorney is attempting to erase mother Kris Williams from the life of their shared young minor child.

Rebekah brought her argument before an absurdly agreeable judge and demanded the court remove Kris from the birth certificate; while at the same time callously denying contact between Kris and her child. The actions are called Erasing; the act is child abuse. Judge McGuire then went further in an attempt to justify the lightly considered decisions, ruling that Kris “failed to pursue a legal remedy to establish parental rights.”. Wouldn’t being married, in an already lived out agreement with a sperm donor and wife, then establish such rights? It is assumed so by my fellow logical flag waving Oklahomans.

However, as of the last indications by this Oklahoma County district court, the answer to that question is a resounding NO. As of today respondent, Kris Williams has not been able to see her child for 22 weeks, due to the withholding of her child by the opposing party with assistance of an archaic court,in an attempt to break the bond of a parent to child by the attorneys and Rebekah Wilson. Kris is fighting the unethical decision and battling against the alienation of parents across the state with her efforts.

According to the Oklahoma Supreme Court Networks public files, the intentionally delayed proceedings were again continued on April 8, 2022, to be heard before Judge McGuire on June 1, 2022, at the Oklahoma County Courthouse.

In a callous and heartless legal argument, that attempts to create the specific basis for separating parents, specifically LGBTQ+ parents from children at the whim of a disgruntled ex spouse and an attorney. The legal arguments made by such attorneys, when coupled with a toothless bar association and ineffective legal aid services have created a silver bullet aimed right at the Oklahoma LGBTQ+ community. The county vot

According to the court minutes registered:

Even though Kris was on the baby’s birth certificate, the judge ruled she should have adopted her own child at some point. Do you hear that? This sets a terrible precedent for all Oklahoma parents, suggesting must now somehow use the government to adopt your own child back after a biological parent has decided the other parent isn’t of value. It’s not a question about what divorce property will be divided, or ensuring peace after a divorce. This isn’t about the divorce case at all. Kris is having to fight alone, to be the parent that she already has been, and that has a right to be in the child’s life when born of that marriage. The damage to the children must be unimaginable.

“I want people to know that it’s not just the LGBTQ community that’s vulnerable in this,” Kris said. “We have other families who can’t have biological children and use donors as a means to have families. I think it’s horrible that we have to take an extra step in order to solidify our space for us to be legally connected to our children.” Kris stated.

Rebekah filed a baseless Victim Protection Order against Kris late last year. In Kris’s defense, because current laws do not protect against the practice, nearly every ex-spouse presents this motion or an unethical temporary order in an attempt to alienate during the initial stages of a divorce.

The Oklahoma Post tried to speak to Rebekah’s attorney, Seth Von Tunglen, on numerous occasions since April, however, the attorney refuses to publicly stand beside his argument.

Kris has obtained the services of Robyn Hopkins, of Hopkins Law and Associates, P.C.

This is an illegal act of parental alienation and is against the precepts of the Constitution of the State of Oklahoma and United States Constitution. The Oklahoma Post stands with Kris and the effort to rejoin her child with her family.