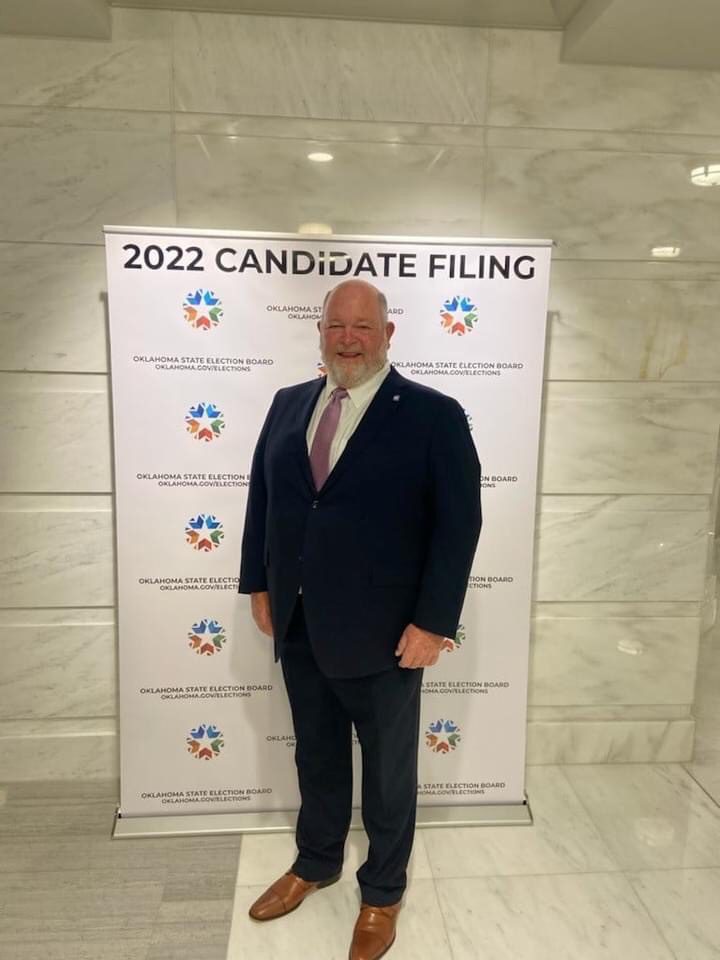 Bob Ed Culver, or Big Ed if he’s your friend, and that would include most people, filed for re-election Wednesday. Big Ed’s decision to run for a second term in District 4 in the state House was simple.

The top Republican filed for re-election to be state representative, a second term in his father’s old political office. The Tahlequah Oklahoma hero stated in a Facebook post “there is more work to be done, and I would be humbled for the great people of Cherokee County to re-elect me so I can finish the job,”

A cattleman and businessman, Culver is a native of Cherokee County and graduated from Tahlequah High School. He went on to play on the offensive line for the Oklahoma Sooners under legendary coach Barry Switzer. He earned a Bachelor of Arts and Science Psychology degree from the University of Oklahoma in 1981.

Culver has been married for 39 years to his wife, Julie. The couple have three married children and six grandchildren.

“I love my home and want to work for all the people all the time,” said Culver in a press briefing. “I’ve said all along that I’m about big leadership, big hearts and big service. It’s a privilege to represent the people of Cherokee County, and I look forward to continuing to serve.” stated the humble giant of a man.

Big Ed went on to say, “I pledge to continue to be YOUR voice at the capitol and to make it a priority to vote. As always, have a great day!”

The former University of Oklahoma lineman has dedicated this season of his life to public service. He’s hoping to be spiking the ball in celebration of his second term as representative in Cherokee County this time on June 28. Big Ed is an ethical leader, the state of Oklahoma could use his leadership as Governor or as Senator Culver.