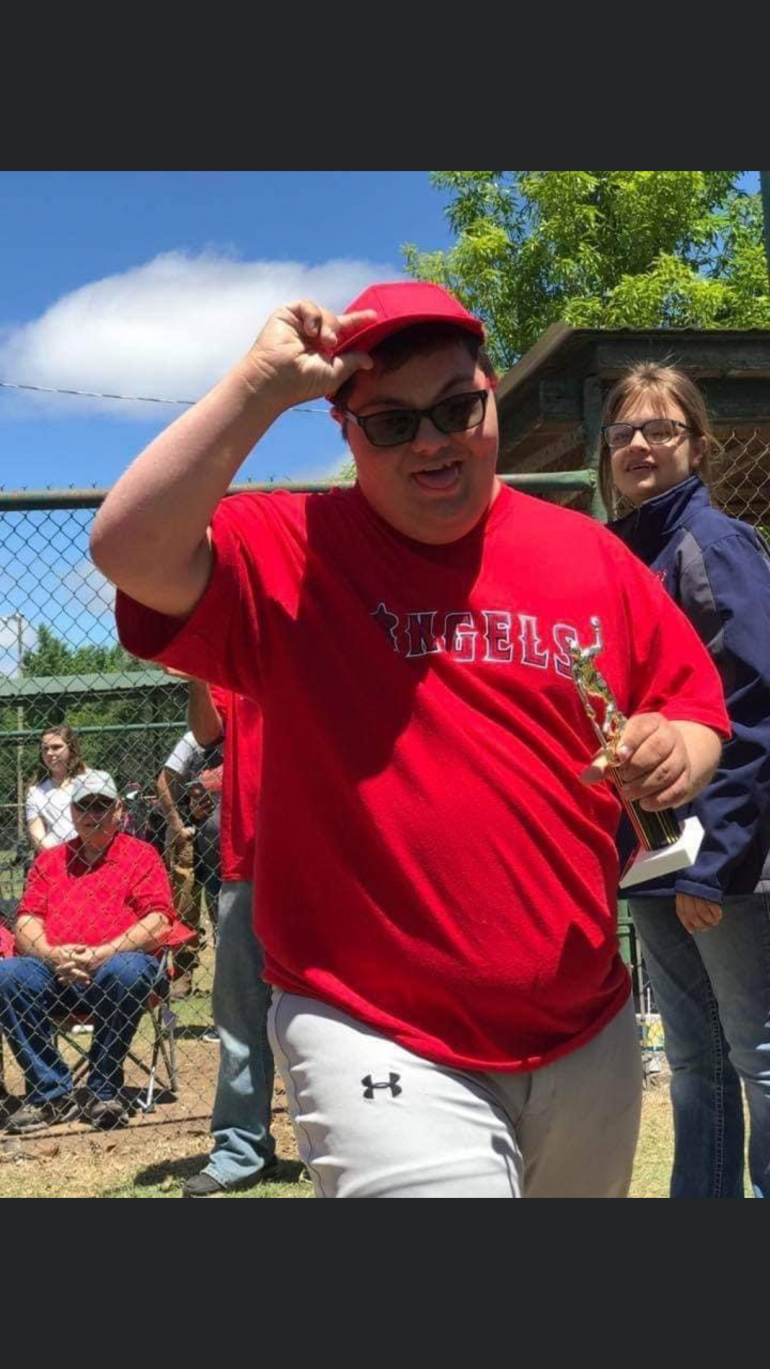 Sooner fans Dylan South and his family need our help. After multiple pneumonia episodes, doctors and his family believe his lungs have done all they can do. Now Dylan’s Oklahoma community is rallying to support their young friend.

Dylan is one cool dude: He’s 21 years old, graduated from Ponca City schools, and has an affinity for MLB and the Oklahoma Sooners. What else does one guy need? Dylan was fortunate in spending his early youth basking in the California sun prior to a big move to Oklahoma. Unfortunately, he couldn’t leave some things behind. Dylan South lives with down’s syndrome and severe allergies which have made the medical care for his lungs more difficult, especially over the recent years. Three years ago pneumonia attacked his body and he had to spend three months in a doctor-induced coma. The family thought they had moved past the worst and his health appeared to be improving; however, Dylan has had a reoccurrence of the disease three times since the start of 2022. This time, pneumonia has left his lungs severely damaged. Dylan and his family need our support.

Dylan always smiles and gives the biggest hugs, and not just after a home run. He’s rumored to enjoy an endzone dance as well. Before moving to Oklahoma, he spent the previous 12 years in California going to each opening day of the L.A. Angels baseball season. When he moved to Oklahoma he became an instant Sooner fan. Three years ago, the rehab facility providing his care had sent him to a game and he was hooked instantly. His mom Shelia said it was one of his happiest days.

Unable to live out his dreams of becoming a professional baseball player, Dylan kept going with the next best opportunity at hand; Dylan was a regular in Kara’s Game, which is held annually for children with special needs in north-central Oklahoma.

The games started in 2014 as a single T-Ball game and have grown. It was named after Kara Mitchell, who was a child with special needs who gained her wings in 2013 at only 9 years old. It was the brainchild of Rocky Wood, who is also the father of a child with special needs, and noticed that there was always a group of children in the stands of sporting events, often cheering the loudest, but who never gets the opportunity to participate. Kara’s Game is for all ages and all abilities. The games are played at no cost to the player. Dylan took full advantage and was a leader for other new players who participated.

There are going to be some huge costs in the coming weeks and friend of the family, Rocky Wood, is asking the Oklahoma community and all Kara’s Game supporters to gather funds they may have available to donate. It’s a chance to relieve this family from one less financial burden.

“I know times are [tuff] but it’s nothing compared to what this awesome family is going through.” Wood stated in a recent Facebook post.

A donation jar is set up at American Dream Dispensary, 407 N Main in Blackwell, 580-262-2222. Any checks can be made out to Shelia South, who is Dylan’s mother and caregiver. Dylan has adult siblings from Cali to Pa. We hope Dylan has fans around the world after today. Please keep this young man and his family in your prayers.

Dylan was able to go to his own home yesterday with hospice care. We spoke with his family today and he is able to watch some t.v. and move to the bathroom.

Ms. South is a wonderful mom and caretaker and asks for your prayers and support, “We want the focus to be on Dylan and his happiness moving forward, which is what Dylan wants for everyone; to be happy.”