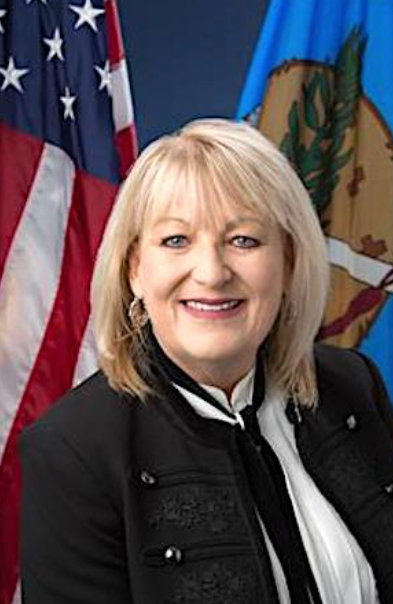 The Payne County District Attorney’s Office is finally under the microscope in Stillwater because of Kevin Etherington’s alleged exploitation of small children through pornography. Etherington was secretly charged in July of 2022. The news didn’t drop on his actions until after the election in November. Laura Thomas’ elected position, like other public positions, ran unopposed for her position in the latest election. It appears Thomas and Etherington have been failing Payne County children for years now. It is time for the OSBI to investigate on behalf of the children that have been in harm’s way as a result of the neglect these two public officials have continuously allowed time and time again.

In July of 2021, District Judge Phillip Corley sentenced Alberto Morejon to 10 years after he plead guilty to engaging in sexual communication with a minor. Laura Thomas and Kevin Etherington chose not to prosecute Morejon for other crimes against young women after the District Attorney’s Office and the Stillwater Child Welfare officer received evidence and testimony showing that there was more than one victim. Instead, they placed the blame for not prosecuting the other crimes against children on the victim who did not have the courage to press charges. This is clearly a dereliction of the duty of the Payne County District Attorney’s office and clearly leaves more children in harm’s way when the prosecuting attorney’s office chooses not to fulfill its obligation to the public to ‘prosecute all actions for crimes committed in their respective district.’ (19 O.S. 215.4 & 215.5) Young victims of sex crimes should not be expected to be brave enough to fight for themselves. The Payne County District Attorney’s Office is legally and morally responsible for the continued sexual abuse in the area.

Laura Thomas, Debbie Vincent, and Kevin Etherington have been under heavy scrutiny lately as they have been caught conspiring with City Manager Norman McNickle in the refusal to investigate multiple child abuse and sexual assault allegations. Former Stillwater City Council member Darrell Dougherty recently filed requests for protective orders against both Norman McNickle’s office as well as Thomas’ office as they have continued to harass his family and leave multiple children in harm’s way. These complaints have now been transferred to the Oklahoma State Attorney General’s office as Lincoln County Special Judge Emily J. Mueller determined that testimony by multiple victims and witnesses in the protective order hearings would indicate Dereliction of Duty in Thomas’ Payne County District Attorney Office and Abuse of Power in Stillwater City Manager Norman McNickle’s office. The City of Stillwater’s private legal representation Collins, Zorn, and Wagner, were quick to make false and derogatory statements about former Council Member Dougherty leading up to recent protective order hearings; they have been eerily silent since the Special Judge gave her final opinion in the hearings and the complaints have been moved to the Oklahoma Attorney General’s Office. Collins, Zorn, and Wagner as a firm, is most notably recognized by their financial overcharging of state entities as they represent a large number of cities and government-tied organizations in Oklahoma. Also notable for earning their collection of public funds by resting on the immunity defense. The damage that Laura Thomas and Kevin Etherington have allowed to continue against children in this community is deeply disturbing; but their wake extends past individual families that are devastated, exploited, and destroyed as a result of their actions and negligence.

Fear of embezzlement prosecution clearly isn’t an issue in Payne County. In June of this year, the Stillwater Pioneer Booster Club found out that the former President of the Club had completely emptied their bank account and stolen over $23,000 from the club before he moved out of town. Again, the Stillwater Public Schools prepared a detailed report and requested that the District Attorney’s Office prosecute Britt Weaver, former president of the Stillwater Pioneer Booster Club and Stillwater Public Schools employee, for this embezzlement. UNBELIEVABLY, Payne County District Attorney Laura Thomas again refused to prosecute on behalf of our Stillwater children. Much to the dismay of the booster club officials, parents, and students; the countless hours of fundraising and hard work is gone. The Stillwater Public Schools have now been forced to spend more precious school dollars to get the Oklahoma State Auditor’s Office to investigate this situation, as Laura Thomas is clearly derelict in her duties again. In addition to the damage caused to the public schools and our students, Laura Thomas has also misled our school board members, school officials, and our police department with the misinformation that it is proper to have the state auditor’s office look into this matter instead of her.

It is time that the OSBI look closely into Laura Thomas, her whole office, and her other associates. Stillwater children deserve much more.

(Writing by Paul Clay, Letter To The Editor; Editing by Robbie Robertson)

Go to Appearance > Customize > Subscribe Pop-up to set this up.
Subscribe Oklahoma!
12
Manage Cookie Consent
To provide the best experiences, we use technologies like cookies to store and/or access device information. Consenting to these technologies will allow us to process data such as browsing behavior or unique IDs on this site. Not consenting or withdrawing consent, may adversely affect certain features and functions.
Manage options Manage services Manage vendors Read more about these purposes
View preferences
{title} {title} {title}