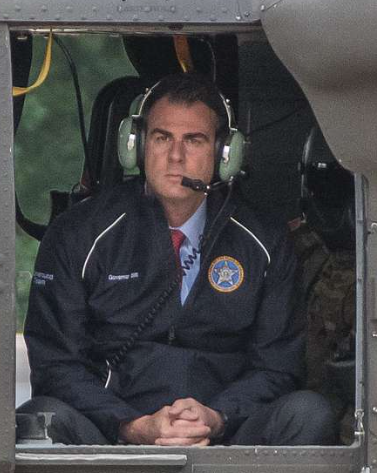 Governor Stitt Contemplating New Appointments And The Effect On Oklahomans

Things are heating up in Oklahoma as political euphemisms and fun headlines battle for our attention just prior to the state’s June GOP Primary. The latest odd, but true, headline comes as State of Oklahoma investigators have sniffed out misappropriations of Swadley’s Foggy Bottom Kitchen and the State Tourism Department. The State plans to hold accountable all those that may have rotten britches, looking closely at the usual list of suspects playing the game of “who smelt it, is who dealt it”. Pardon the puns, as I try to keep the financial corruption story and cast of characters somewhat interesting and relevant to my fellow Oklahoma readers.

The investigation, tackled by many agencies, is expected to return just after Governor Stitt’s GOP primary in June 2022. In a recent press conference on Monday, Governor Stitt said “I want to shine a light on any kind of corruption or anything that’s going on in state government,” but went short of holding anyone in the government accountable, ending his statement affirming “We will absolutely hold any vendor accountable.”

The Ramrod ‘Round Here When Governor Vacations

Lt. Governor Matt Pinnell also adds to the index of excerpts for this now daily storyline; as he first announced that the contract with Swadley’s Foggy Bottom and the State of Oklahoma would be revised, then announced it was canceled, then announced they’d start investigating the contract. Then the diaper (story) finally broke, leading to a full-on investigation. Governor Stitt was hoping to toss the stinky diaper (story) out the car window as if he was on his new Oklahoma turnpike with his two-year-old, and no exit ramp available for 50 miles ahead.

Sidestage enters Oklahoma County DA and infamous environmental advocate, David Prater, who was watching closely this time and claims the State has paid $4.5-million in “excessive payments” to Swadley’s, creating a financial mess with a stink like Stillwater when the wind blows from the west. The DA said, “[t]he alleged conduct has resulted in at least $4,500,000 in excessive payments to Swadley’s by the State of Oklahoma. I have concluded that a criminal investigation should be conducted.”

See the entirety of the letter to State Auditor Cindy Byrd.

The report said taxpayers paid more than half a million dollars in extra surcharges. The State also claims that Swadley used the money for his home and business purposes that the state claims may have come “through fraudulent activity” to fund improvements at his ranch, in addition to looking at connections between the contractors who worked on the Swadley Ranch, Swadley’s Foggy Bottom Kitchens, and businesses owned or influenced by state officials. It is reported by whistleblowers that Foggy Bottom paid hundreds of thousands of dollars for items not in use and that the restaurants were never really planned to be open full time. Most Oklahomans following the story smelled something awful by now.

In 2019, The Oklahoma Tourism and Recreation Department announced Governor Stitt’s political appointment of oil and gas executive Jerry Winchester as the agency’s executive director. Winchester has remained at the center of the contracts, misspent funds, and has been publicly dismissive of the spending of unchecked money. In turn, Swadley’s representatives had asked for an additional $20 million from the state budget prior to the investigation.

In a letter sent by State Tourism Director and former Oklahoma State Cowboy defensive lineman Jerry Winchester to BBQ expert Brent Swadley, they informed him of the unfortunate news.

The former Oklahoma State University football player was named the Chairman of the Oklahoma State University Alumni Association Board in 2008. Winchester’s previous “jobs” include President and CEO of Seventy Seven Energy, CEO of Chesapeake Oilfield Services, CEO of Boots & Coots International Well Control, and a variety of positions within Halliburton Energy Services. Winchester grew up just east of Ardmore and quickly found his way into political positions. Winchester also previously served on the State of Oklahoma’s Long-Range Capital Planning Commission and a Trustee and Vice Chairman of the Oklahoma State University Foundation. Additionally, he has served on the board of the National Cowboy & Western Heritage Museum, Regent Bank, and the Boy Scouts of America’s Last Frontier Council.

Fact-based public corruption stories involving such a high-ranking cast of characters are rare. Regardless of the historical setting, public corruption stories always grab the headlines. Some Oklahomans can remember back to headlines 50 years ago that once stunk as bad as this roadside diaper of a story when the Oklahoma County Commissioners scandal of the 1980s broke. At a time when Oklahoma was a single-party state of Democrats, the media was confined to print and the booze was not flowing as freely as needed. Major headlines of corruption were flooding the news. The investigations followed misappropriations of alcohol sales, taxes, bootlegging, and Boss Hog liquor contracts. Those funds were suspected of being funneled into campaign donations and other related forms of illegal gifts. The Washington Post’s Douglas B. Feaver on October 22, 1981 highlighted the stink of corruption that plagued the football proud state.

In this day and age of fast information, when nothing can surprise the numbed senses of most Oklahomans, honesty in government matters. The dishonesty in this administration has trickled down from the top and is dripping onto the June primary menu. The clues weren’t just the little things such as the menu item “The Winchester Burger,” as reported by Mike Allen in Non-Doc it was also the whistleblowers who spoke out to The Oklahoman and The Lost Ogle reporting that Swadley’s had overcharged the State for commercial equipment not in use, charging extra management and consulting fees and that Swadley’s suggested “we have our vendors bill us an additional 30% on the invoice we supply the OTRD and request a ‘rebate’ back form the vendor.” per a KFOR report.

Investigators of Swadley’s, Winchester and Governor Stitt can’t ignore the fact that experts and the public alike have grown leary of the governor’s appointed “team” since pre-covid. In a 2020 Ben Felder essay published in The Frontier, the author extensively reviewed the government official hires and appointments by Governor Stitt, the research found at least half of his cabinet secretaries continue to manage a private business, while some agency directors have also pursued additional private sector opportunities.

As I gleaned through the headlines this week regarding Governor Stitt, State Tourism Director Jerry Winchester, and the Swadley’s I couldn’t help myself from believing, it’s like déjà vu all over again, just as Yogi Berra did when he witnessed Mickey Mantle and Roger Maris repeatedly hit back-to-back home runs in the Yankee’s glorious 1960’s affair. The term is always there to remind us of a historic story unparalleled through the seasons.