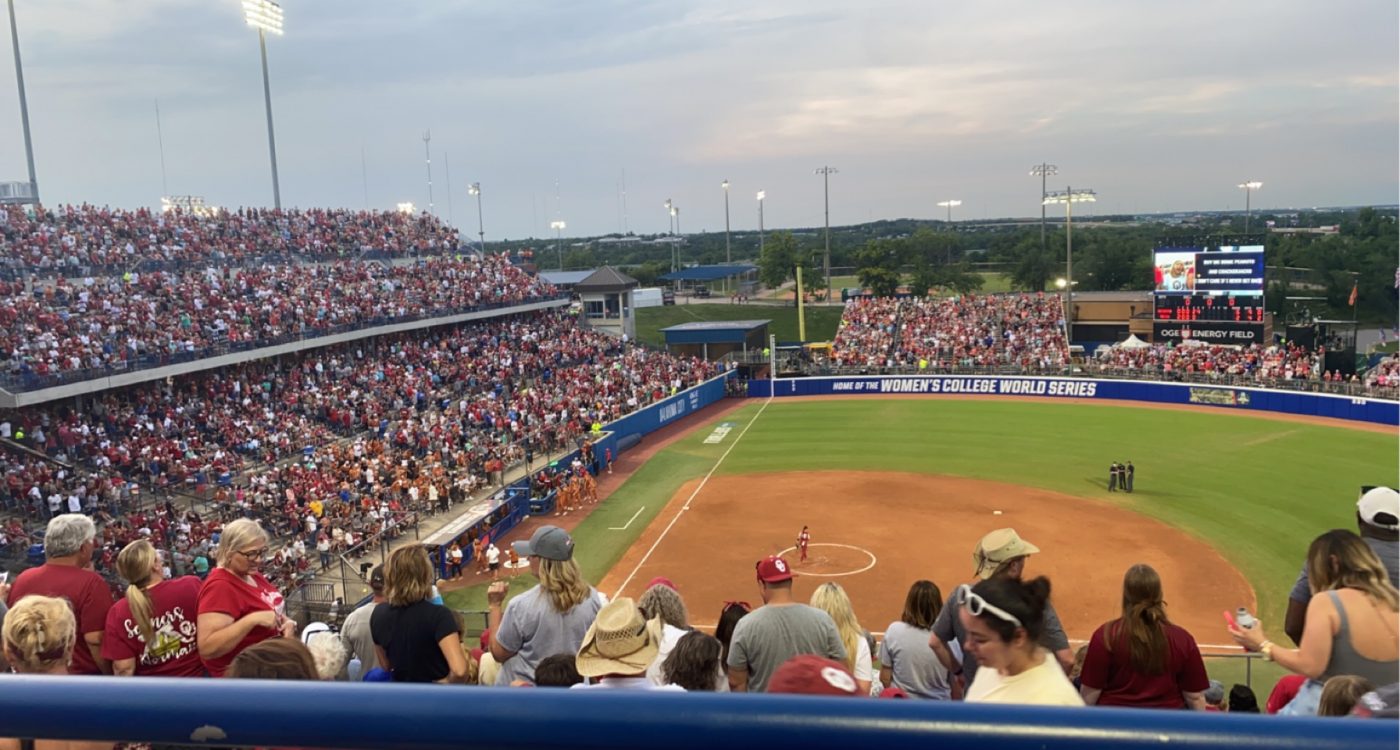 Oklahoma Softball has been making moves in the transfer portal as they look to become only the second team in history to win three straight titles.

Oklahoma Softball is coming off back-to-back national champions and has been the best team in softball for the last decade.

The Sooners will look to do something next year that only UCLA has done in history: win three straight titles.

That coveted third title in a row might be the hardest of any of them, though, as the Sooners are losing the greatest hitter in college softball history, Jocelyn Alo, who can not be replaced.

Five years ago, Sooners fans would be panicking because replacing all of that would be very hard, but with the lack of restrictions on the transfer portal, hall of fame coach Patty Gasso can reload with talent from across the country.

The transfer portal is a hot potato at this point, and the Sooners wasted no time sticking their hand into the fire and pulling out players to fill those gaps.

With the loss of star pitcher and member of the all-tournament team Hope Trautwein the Sooners needed a pitcher not only to compliment freshman phenom Jordy Bahl but be there in case of an injury, just like Hope did this year.

The Sooners not only got a pitcher to fill that gap, but they got one of the best pitchers in the country.

Alex Storako has been the ace for Michigan for the last four years and has been one of the best pitchers in the Big 10 since she was a freshman.

OU is getting one of if not the best strikeout pitchers in the country. In 2021 Storako set the Michigan single-game record with 22 strikeouts in a win over Michigan State and led the nation in strikeouts per seven innings with an average of 12.9.

“Alex will be a great addition to an already dynamic pitching staff,” said Gasso. “She is a proven pitcher at the highest level with a wealth of knowledge that will fit perfectly into our plans.

The best thing about Storako may be the hand she throws the ball with. Every championship Patty Gasso has won was with a lefty pitcher at the helm except for last year.

After not having a lefty pitcher last year, I am sure that Patty Gasso was jumping at the gun to get Storako, who is not only a lefty but one of the most talented pitchers in the nation.

You could argue that this might be the most loaded pitching staff Oklahoma has had in a long time with the one-two punch of Bahl and Storako, Nicole May, and Kierston Deal, who is the number one player in the nation coming out of high school.

Many Sooner fans are comparing this duo to the Paige Parker and Paige Lowary duo from 2018, where you have the right-handed ace with Parker and Bahl and the left-handed counterpart with Lowary and Storako.

Alex Storako will be joined by All-Pac 12 Shortstop Alynah Torres out of Arizona State. Torres is one of many players who left the program after head coach Trisha Ford took the head coaching job at Texas A&M.

After losing their third and first baseman, the Sooners needed an infielder with some pop to fill the gap that Taylon Snow, Jana Johns, and Jocelyn Alo left behind.

The former Arizona State shortstop gives OU that and more, as she was also one of the best defensive shortstops in the Pac-12.

However, Torres will not play shortstop, as the Sooners have arguably the best one in the country in Grace Lyons, who will be back for one more year.

The speculation is that Torres or Alyssa Brito will play third base; if Torres does not play third, she will likely be at first base.

Torres was named All-Pac 12 and NFCA All-Region selection as a junior shortstop in 2022 when she hit 16 home runs with 40 RBI while hitting .339 for Arizona State. She also had 14 doubles and walked 17 times compared to only 12 strikeouts all season.

“I chose OU for so many reasons—the tradition and legacies that people have left here and the sisterhood that is always being talked about,” said Torres on joining the Sooners. “Coach Gasso is one of the best, if not the best, coach in the country, and the way she establishes amazing athletes but even better humans is what brought me to OU.”

Torres will have two years of eligibility for the Sooners.

With the departure of all the seniors last year, the two things the Sooners desperately needed were a pitcher to complement Jordy Bahl and some pop in that lineup to replace Alo.

After the addition of Storako and Torres, I think it is safe to say the Sooners have already met that need, and with rumors of other transfers and recruits, the Sooners are not done yet.

For more information on The Oklahoma Sooner softball team, you can visit the Sooner Sports website here.