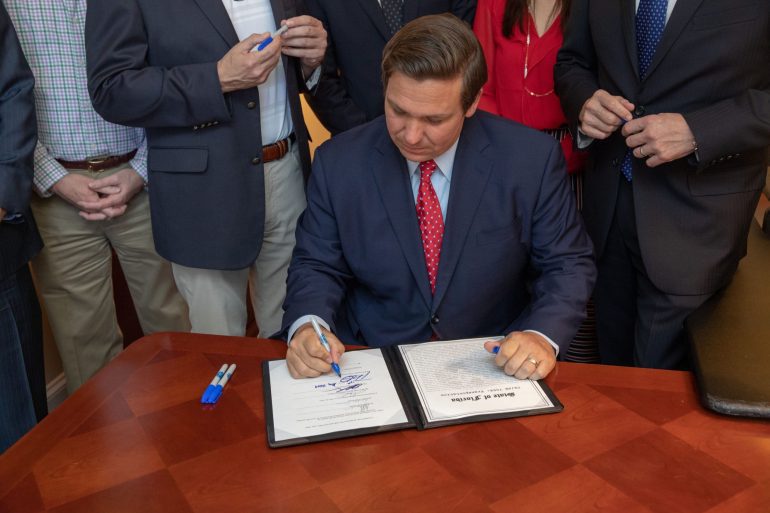 Florida Governor Ron DeSantis signed a bill into law that is to provide $70 Million to support fatherhood in Florida on Monday.

During the bill’s signing, DeSantis hinted at the observance of natural rights and fatherhood, “This bill has huge ramifications for someone to reach their God-given potential,”. Rights and freedoms, things many states are being forced to honor as a practicality as well as matters of lower court being forced by higher court opinion, public opinion, and finally initial legislation with funding. The teeth of the matter.

Florida House Speaker Chris Sprowls (R) led the bill going into the legislative session. Sprowls is thought to be a future darkhorse presidential hopefull by some red state thinktanks, depending on Ron DeSantis’ early polling success.

“From poverty to crime to incarceration, just about every negative outcome we see that faces boys here in Florida and across the country, can be linked back to an absent father in the home,” Sprowls said.

According to the language of the new law, the State would be required:

Some say the Govenor can do more. The Fathers’ Rights Network personality Kenneth Rosa stated in a post on Facebook, “I can lend Governor Desantis a few more tips. Dismantle and rebuild your family courts centered around 50/50 shared parenting and equality for children to both parents after a separation or divorce. Next GAL reform (guardian ad litems aka defacto judges) and accountability. Next cameras in family courtrooms. Next strip judicial immunity from all family court actors. If they’re breaking the law they should be held accountable.”

While falling short of how far parental rights legislation should govern, the effort should be applauded nationwide as a champion effort for American families.