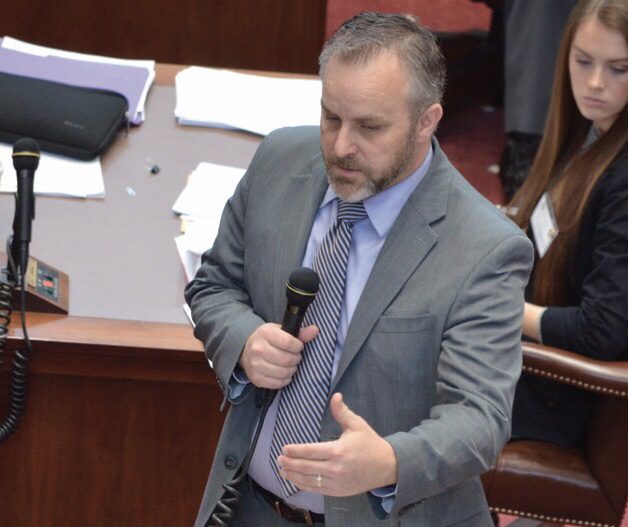 The State Legislature is considering a bill to allow citizens to hold recall elections for local school board officials. Interestingly, the bill doesn’t apply to other elected positions throughout the State, such as potentially corrupt judges or maybe a dishonest Sherrif.

Reports of civil rights violations have flooded state agencies. Many of those agency leaders are unable or reluctant to act on reports of Oklahoma government corruption.

The State of Oklahoma has had more than a few bad apples. Remember the penis pumping Judge Donald D Thompson of Cook County, Oklahoma? The citizens were stuck with the jerk. With sovereign immunity to boot for most Judges, it takes an Act Of Congress to remove someone like him from office.

Still today, legal districts are inundated with reports of corruption of elected officials and officers of the court that have originated from Cherokee County, Payne County, Pawnee County, Oklahoma County, and Tulsa County,

With misdemeanor-charged inmates dying daily at the Oklahoma County Jail with no means of recourse and parental rights being encroached monthly; Oklahomans are desperate. 2022 seems to be the year to pass legislation for change.

Thankfully we have Senate Bill 1582, legislation introduced by Senate Pro Tem Greg Treat that would allow communities to organize recall petitions of school board members.

This new law proposition came to advance the cause of providing real, BUT extremely limited recall elections for Oklahoma’s most disenfranchised (the children). The Bill’s momentum originated from disgruntled and loud conservative parents finally irate with state and local board members over pandemic regulations. A valiant effort indeed by the seasoned Senator.

But, why, then, wouldn’t we apply that to every elected Oklahoma official?

As we’ve known, any recall petition put forward for change is sure to face significant legal hurdles and it isn’t always that easy to gather the needed signatures. In 2022, citizen-organized petitions offer no legal avenues in Oklahoma for a change in government leadership. There is no law for providing a recall election framework. If you were to elect, let’s say, for example, Bill Clinton in all his lying affairs; well, Oklahoma you are stuck with him or her like Gorilla Glue. Often for life. Oklahoma is one of the only U.S. States to not give the citizens a chance to correct a major wrong in their voting choices.

Be that as it may, Oklahoma elected officials still need to be accountable for their actions. They have to be ready to defend how they vote, the orders they give, the money they spend, on the public. If not, we are not, Oklahoma is not a democracy.

So, pondering on democracy, shouldn’t there be a method for the voters of Oklahoma to recall elected officials?

At face value, it’s not objectionable by reasonable voters and easily seems the logical thing to do. Especially given the fact that Oklahoma law forbids the Oklahoma State Bureau of Investigation from participating in local affairs unless specifically requested by the local authorities. So who does judge the Judge?

Short story; People with money and influence from the zip codes that matter; en mass, can pass legislation to judge the Judge.

Most Districts in Oklahoma have one or more elected officials that run unopposed term after term. When voters get involved, rarely do unopposed elections occur. These longtime officials, with their elections, remaining unchallenged, slowly become political hacks posing as servants of the public are not held accountable by their peers in the Oklahoma Bar Association nor official oversights such as the lifeless Counsel of Judicial complaints. Usually out of fear of reprisal.

Oklahoma politicians tend to fall on the right side of the fence. Case in point, school boards and legislators v. parents ( for or against) masks, at-home schooling, and vaccines. Alas now we suddenly have an emergency Recall Bill

While it is a start; a bill lightly crafted to soothe the public’s concern, the alternative to no bill passing is just unconscionable.

While school board disagreements can lead to FBI tracking under Biden”s administration, small-town disagreements in Oklahoma can lead to an Oklahoma Mom’s kids being permanently banned from her presence without the ability to object or have counsel.

I’m not sure which situation is worse. Either way, we just can’t move forward to a better Oklahoma with those types of local officials, such as those in Payne County Oklahoma; stripping the U.S. constitutionally protected parental rights, medical rights, and voting rights. Let’s hold all our elected officials to some kind of better standard.

The individual, the town, the church, minority groups, and the citizens as a whole should always have ways to hold elected officials accountable outside of elections every four years or so.

Oklahomans should applaud Senator Greg Treat for his efforts in standing up for Oklahoma families.; he is protecting democracy.

The Oklahoma Post view is in support of an expansion of the bill to include all elected officials and a YES vote and expansion upon Oklahoma SB 1582.