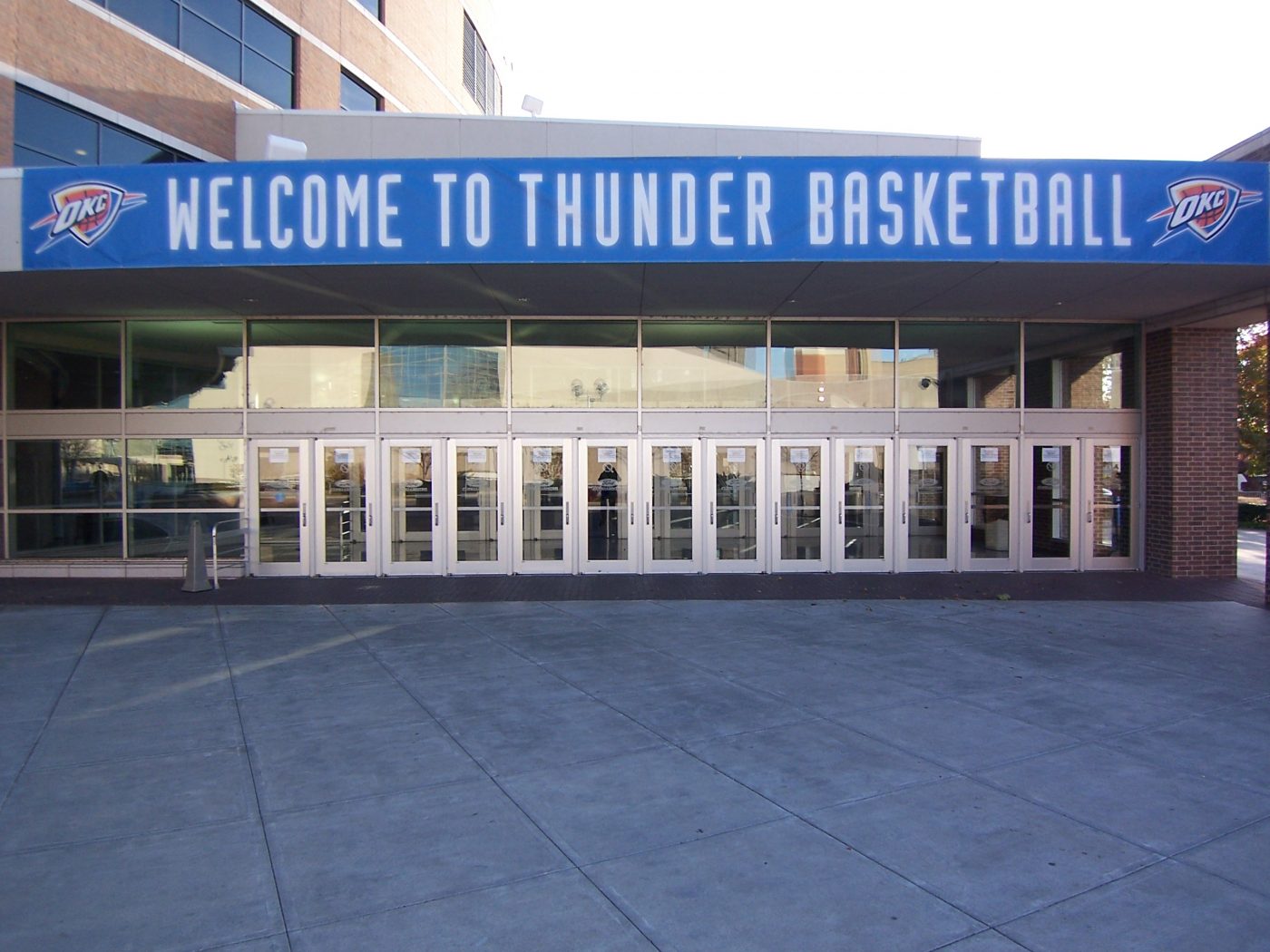 The NBA draft was Thursday, and in a draft dominated by the three top players, the Oklahoma City Thunder selected Chet Holmgren with the second overall pick.

Leading up to the draft, every mock draft and expert was torn between who would go first. Would it be the “unicorn” seven-footer Chet Holmgren or the versatile 6 ’10 forward out of Auburn Jabari Smith?

Orlando did not care about the mock draft or the experts because they decided to go with someone they did not even see workout, Paulo Banchero, and shock the entire NBA world.

Paulo is a high-level scorer out of duke who was projected by almost everyone to go number three to the Houston Rockets but ended up getting drafted at number one by the Magic.

The Magic’s pick left everyone scrambling and the Thunder with a more challenging decision than expected when Jabari Smith was still available.

In the end, the Thunder ended up going with Holmgren with hopes of forming a big three with Shai Gilgeous Alexander and Josh Giddey.

OKC also drafted Jalen Williams, Jaylin Williams, and Ousmane Dieng with their three other picks to add to their core of young talent.

The Thunder emphasized getting size in this draft by drafting only forwards and centers this year to build around their young and skilled back court.

“This is, I think, the first time we can honestly say that we’re going to have some continuity and we’re going to continue to layer on to that. That’s key to sustainability, which is obviously our goal over the course of time,”

The one thing the Thunder needed going forward was an elite big man and rim protector that could stretch the floor, allowing SGA and Josh Giddey to be more comfortable and thriving in the offense.

That is precisely what the Thunder did when they drafted two-way player and elite rim protector Chet Holmgren who can be a difference-maker on both ends of the court.

Chet is a seven-footer out of Gonzaga, where he played one season under Mark Few and the Bulldogs before entering the draft.

Holmgren is known as the “unicorn” of this draft because of how unique he is with his seven-foot frame and his ability to handle the ball, shoot, and play defense.

He can also play any position on the court and is about as versatile of a player as you will find in the draft.

Chet averaged 1.68 points per shot around the rim [100th percentile], ranking among the most efficient finishers in college basketball history.

Holmgren was the driving force behind a defense that allowed a Division I-best 44% shooting in finishing situations in the half-court.

The one negative about Holmgren and why many Thunder fans wanted Jabari Smith over him is that he is skinny and not very strong, which makes people wonder if his body will hold up at that NBA level when he is going up against 250-pound grown men every game.

I believe that the Thunder got a unique player in the draft who can be a consistent all-star but also a bust, and only time will tell which one it will be.

Dieng is a 6 ’10 forward out of France, where he played with the INSEP Academy, a French training center in Paris. The program also welcomed Tony Parker, arguably the best french basketball player in NBA history, and Boris Diaw.

The Knicks technically drafted Dieng, but they traded the pick to OKC for three future first-round picks.

Ousmane entered the draft after one season in the NBL, where he played for the New Zealand Breakers. The NBL was also the home of rising star Lamelo Ball.

The Thunder emphasized getting size in this draft by drafting only forwards and centers this year to build around their young and skilled back court.

One of the most significant issues for the Thunder the past couple of years has been not having a dominant and skilled big man that can spread the floor.

The glaring question mark for Dieng is that he has had his struggles professionally, and some experts question whether or not he will be able to compete at the NBA level.

You can not deny his potential, though, coming from the same academy as Tony Parker and the same league as Lamelo Ball.

Dieng has also played against better competition than most if not all players in the draft, which should help him in the NBA.

I am not sure if Sam Presti wanted to confuse the entire Thunder organization and fan base or if he liked these two prospects, but this will be confusing.

So Jalen and Jaylin Williams will be on the roster next year.

With the 12th pick in the draft, the Thunder took Jalen Williams, a 6′ 6 forward out of Santa Clara University.

Williams averaged 18 points, 4.4 rebounds, and 4.2 assists over 34.8 minutes per game to earn All-WCC first-team honors as a junior this past season.

The Santa Clara prospect measured standing 6’5.75 in shoes with a 7’2.25 wingspan at the 2022 NBA Draft Combine, one of the longest players in NBA draft history in relation to his height.

Williams can score from all three levels and is a great jump shooter with elite length, which are the two things the Thunder needed coming into this season.

The Thunder’s last pick was the superstar big man out of Arkansas, Jaylin Williams, who was a big part of back-to-back elite eight appearances for the Razorbacks.

Williams has elite-level size at 6 ’10 and 237 pounds, so his body should have no problem holding up in the NBA.

Williams led the nation with a school-record 54 charges and also set new Arkansas single-season marks in total rebounds (364), rebounds in SEC games (183), and rebounds per game in SEC games (10.35) for the 2021-22 campaign.

He has grown as a shooter and scorer but does most of his damage at the defensive end and rebounding.

He fits a need the Thunder have been looking for: a rim protector with elite-level size.

Most experts have said this was an excellent draft for the Thunder as they addressed their needs coming into the draft.

They needed size, length, and shooting coming into it, and they got four big men who have length and can shoot.

You can visit the Thunder website here for more information on the draft and the Thunder.