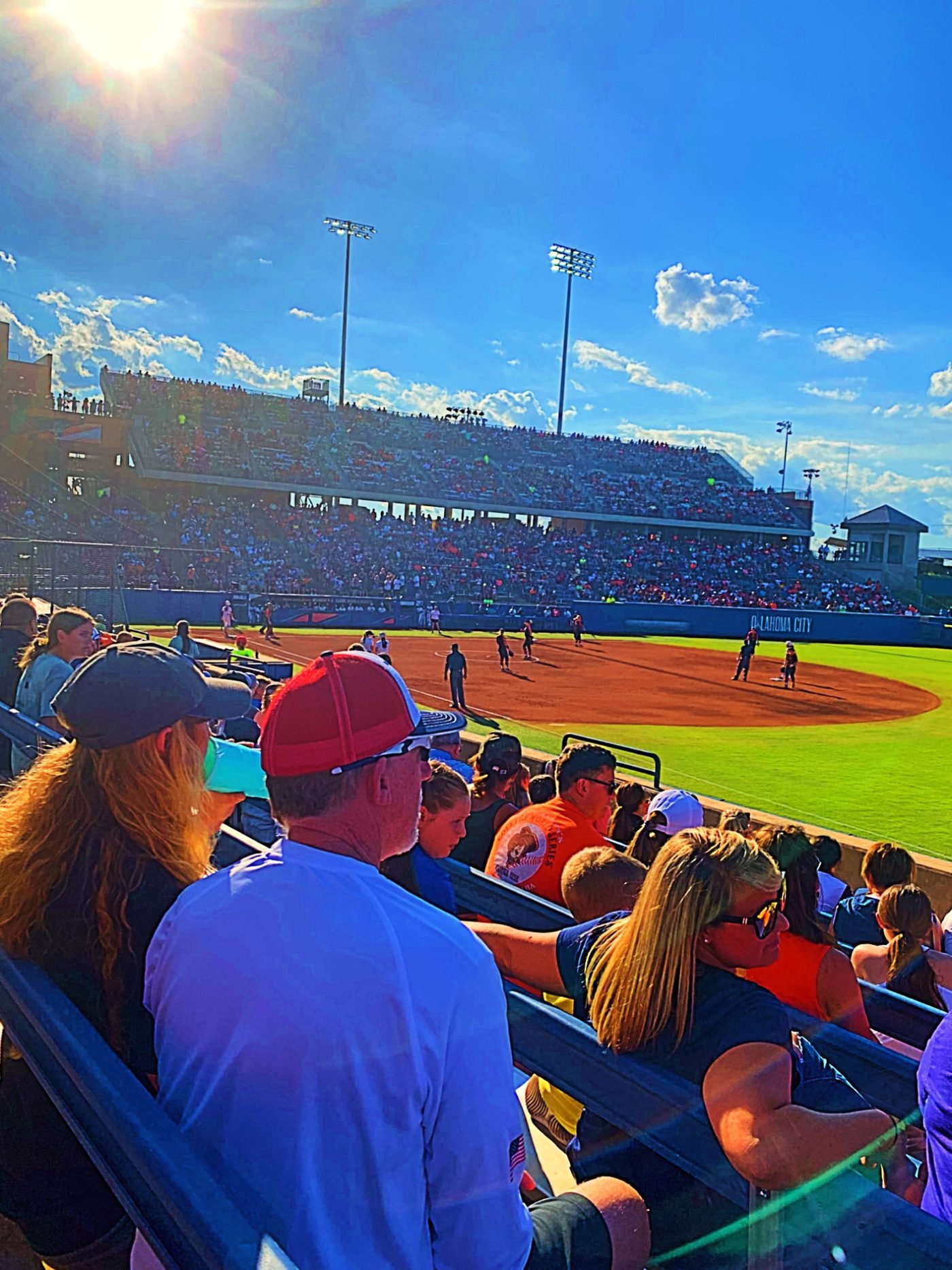 The USA Softball Collegiate Player of the Year Award is one of the most prestigious accolades you can get in softball, and the finalists were revealed this week. The Sooners dominated it just like they have dominated everyone all season.

Reigning player of the year Jocelyn Alo, senior leader Grace Lyons, and freshman phenom Jordy Bahl were all named finalists for the award. Oklahoma was the only school to have more than one player named a finalist, and they had three of them.

The Sooners were not the only in-state school to produce one because Oklahoma State pitcher Kelly Maxwell was also named a finalist.

Alo currently has a .479 batting average which is third in the nation and has 23 home runs which is good for second in the country. The 23 home runs on the year puts her at 111 for her career and the title of home run queen. Alo also leads the nation in slugging percentage with a 1.162.

The Sooner slugger broke former Oklahoma Sooner legend Lauren Chamberlain’s home run record on March 11 in her home state of Hawaii after struggling to get anything going because teams started intentionally walking and pitching around the superstar. Ever since Alo lifted the weight of breaking the record from her shoulders, she has been on a tear and doesn’t look like she will stop.

Lyons is one of the senior leaders of this team and has been lights out this season at the plate. The senior shortstop has always been one of the best defensive players in the country every year, but this year she is having a career year at the plate.

She is batting .425 at the plate with 17 home runs and a .500 on-base percentage. Last year she batted .392 with 14 home runs, so a significant improvement from Lyons this year at the plate.

The thing that has always made Lyons special is her defense. She has been on ESPN’s top ten multiple times and is about as close to automatic at shortstop as you get with a .923 fielding percentage and eight turned double plays on the year.

Jordy Bahl is the only freshman on the list and has been turning heads this entire year with her play. In 123.2 innings pitched, Bahl has a 0.96 ERA with 191 strikeouts to 27 walks. Let me go ahead and repeat that she is a freshman. Those stats would be insane for any pitcher but a freshman; that is unheard of. Bahl was the number one player in the country coming out of high school, and everyone is seeing why now.

She also has a no-hitter and a perfect game on the year. She is 21-1 and has only given up more than one run three times all year. Bahl has had six double-digit strikeout performances, with her high coming against Tennessee, where she had sixteen.

Maxwell is the lone Oklahoma State Cowgirl on the list, but she has been impressive all year. She has been the ace for OSU and has a 15-3 record with a 1.21 ERA. She also has a ridiculous 225 strikeouts on the year.

The Top 3 Finalists will be revealed on May 18, and the winner will be announced before the NCAA Women’s College World Series, scheduled for June 1-10 at the USA Softball Hall of Fame Complex.