Brandon Wade Letter To The Editor: Calling On Oklahoma Voters To Exercise Their Rights 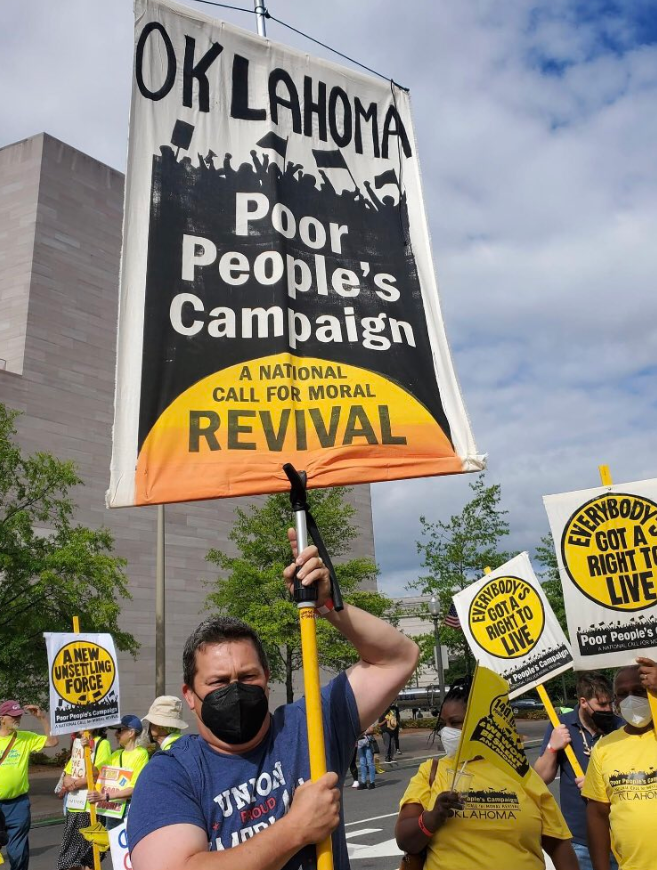 I made the decision to run for the office of U.S. Senate because I felt a strong need to address the many issues we had in our State and government. I decided to run for Senate over the House of Representatives because I truly felt our Senate was broken. When I say broken, I mean nothing could get done in the Senate. In the recent past, We The People, the voice of the Democratic Party, did everything asked of us. We turned out to vote, donated to campaigns, and volunteered for candidates. By doing this we got the DNC the House, Senate, and White House! Yet we still were not successful in enacting laws that the people of this country needed and begged to have passed! Universal healthcare for all, protecting women’s rights to choose, voting rights, and quality education at all levels just to name a few of the profound issues. Alas, no bills could get passed; even with having 50 Democratic seats, we had two holdouts on every important issue. Our leaders are Wolves in sheep’s clothing. We also lacked the leadership to stand up and do away with the filibuster. Our democratic will was not put into effect, our rights were not exercised. These disastrous failures of dormancy by our leadership are why I ran for public office! I wanted to return the voice of the people to our government. Unfortunately, my run for this office came up short; however, I will not stay silent when our democracy is at risk!

We now have even more troubles in our country and the problems are only going to get worse if we do not put into effect our rights to assemble and vote. It is evident that The Supreme Court of the United States is now working for the Republican Party alone and not ruling on the law. The recent leaks and rulings they have already handed down in a short time, have attempted to turn back time 100 years; it is today that the enaction of the 19th amendment of 1920 is protected; it is today that the Voting Rights Act of 1965 is re-secured. The republican authoritarians are not stopping there; legislation is being proposed to restrict families from leaving the state and further allowing the government to infiltrate our family unit. We are going to go farther back in time if these people are not stopped. Abortion, women’s rights to choose their own healthcare, same-sex marriage, transgender children, inter-racial marriage, even traveling out of your state, and the list will go on! This isn’t the land of the free anymore! WE ARE LOSING OUR FREEDOMS AND DEMOCRACY! We must do better as a party! According to the Merriam-Webster dictionary, Authoritarinisme is of, relating to, or favoring a concentration of power in a leader or an elite not constitutionally responsible to the people. It certainly seems in 2022, the State of Oklahoma’s political elite leadership is trending quickly in the direction of the authoritarian precept.

The turnout for the primaries was disappointing, to say the least. Actually, it was embarrassing, with all the issues we have to fight for regarding our freedoms! Voting is how we easily rid our society of these dangerous legal concepts. If these issues don’t fire up the people, I don’t know what will! I will openly beg the people of Oklahoma to please get out and make your voice heard, as your freedom to assemble will most likely be targeted next. Please do this on August 23rd in the run-off and then again on November 8th in the Oklahoma general election. I stated in the very first event I spoke at, that we must choose the candidate that we feel is the best candidate for the job. I also said that it would take a leader to take on the issue that will be facing us when we get into this office. I then said that after this decision was made by the people we must all stand behind this candidate and put that candidate into office.

I have made my decision on who I believe this representative of the people should be. I believe the people of Oklahoma have made their stance on the legislation and their opinion of the poor leadership of the current office holder very clear as well. Once the runoff is over, we must support this new candidate!

Please encourage everyone to get registered and get out to vote. Please turn out Oklahoma! Please get excited! If not for yourself, then for our children!

(Writing by Brandon Wade, Recent Candidate For U.S. Senate; Letter To The Editor)

This publication contains the opinion and facts of the Ownership of The Oklahoma Post and others who use The Oklahoma Post platform to voice their opinion and expertise. This news article, education, sports update, health news, faith story, public awareness or opinion piece and similar throughout The Oklahoma Post, TheOkPost.com are guest columns that make an argument, delivered in the author’s own voice, based on fact or their opinion drawn from the information they understand at such time to be reliable, and drawn from an author’s expertise, verifiable information, or personal experience and are not necessarily the views of The Oklahoma Post. Any content provided by our bloggers, columnist, or authors are of their opinion, usually for their community, and do not intend to malign any group, religion, minority, company, or anyone or anything. The Oklahoma Post’s goal is to offer readers community, a robust range of ideas, on newsworthy events or issues of broad public concern from people outside The Oklahoma Post while exercising the freedom of speech of citizens.