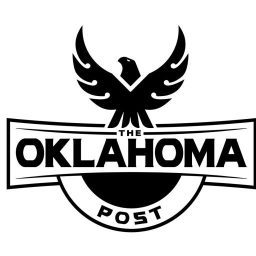 Letter To Editor: Now We Know The Reason Behind Stitt’s Appointment For State Regents Board

On the front page of the Saturday Tulsa World was a story about Gov. Kevin Stitt’s latest nominee to the state’s Board of Regents, who doesn’t have a college degree (“Stitt names replacement for Helm,” April 2).

I asked myself, “Why would the governor nominate someone to the Board of Regents, which oversees the state higher education system, who has no college degree?”

Then on Page 5, I found the answer: It turns out his nominee owns a communications company that “publishes two newspapers, the Comanche County Chronicle in Elgin and the Lawton-based Southwest Ledger, which lists the nominee as co-publisher.”

How convenient to have the publisher of two southwest Oklahoma newspapers in your pocket in a close election year. Qualifications don’t matter. All that matters is that you can control the message going out to voters.

What’s good for Stitt is good enough for Oklahoma. It seems like we’ve heard this message before on a higher level. Keep this in mind, voters, as you vote in November: Your best interests come second.

(Writing by Karen Gaddis; Letter To The Editor)

(Editor’s Note ): On April 1st, Oklahoma Governor Stitt nominated Dustin Hilliary, managing partner of Lawton’s Hilliary Communications and other publications, to replace Mr. Jay Helm. Following a conversation with the Oklahoma State Regents For Higher Education, Mr. Hilliary was nominated but has yet to be officially appointed. Regent Helm’s nine-year term as a State Regent ends May 16, or when his successor is appointed and confirmed by the Oklahoma State Senate. The Ok Post applauds Mr. Helm’s tenure.

*Guest Columns: This publication contains opinions of the Ownership of The Oklahoma Post and others invited to become a guest columnist. This Post and similar throughout The Oklahoma Post, TheOkPost.com are guest columns that make an argument, delivered in the author’s own voice, based on fact or their opinion drawn from the information they understand at such time to be reliable, and drawn from an author’s expertise or experience and are not the views of The Oklahoma Post. Any content provided by our bloggers, columnist, or authors are of their opinion and do not intend to malign any group, religion, minority, company, or anyone or anything. The Oklahoma Post’s goal is to offer readers a robust range of ideas, from Oklahoma Freelancers on newsworthy events or issues of broad public concern from people outside The Oklahoma Post.