Letter To The Editor: The Allegiance 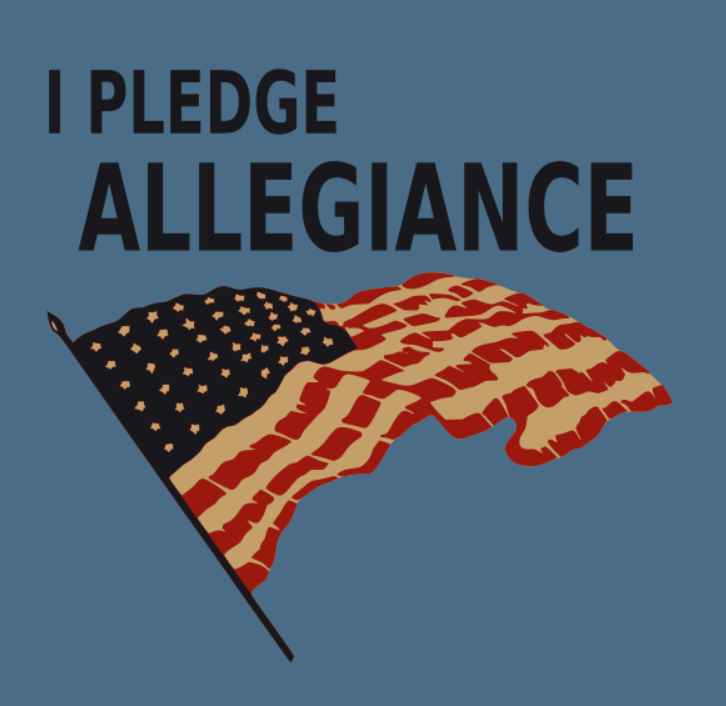 Remember how we started school every single day? That allegiance ended with “liberty and justice for all”. The statement is a simple concept, therefore it seems crazy that some people never really accepted the pledge, even after all that repetition.

The founding fathers would not be exemplary men by today’s standards, but as society progresses, our hearts and minds do in step. While the pledge was assuredly not inclusive of women or different ethnicities when originated, by now it should apply to All People, not just political WASP’s, who still cling to that superior white mentality is inherently elite. There’s no motivation for them to change; the WASP’s fear change.

So…yes, there are definitely racists throughout this nation. Whether they’ll recognize it or not, their actions undeniably confirm it. Peace, Liberty & Justice For All is what Americans, regardless of race or gender, stood together and continuously fought so hard for.

Yet nothing has changed since the founding of the nation. We’re still killing our own people-racial wars, failing to take preventive health measures, starving children or just assholery in general. So, if you are in the way by protecting the elitist policy, either Wake Up or Shut Up because you’re standing in the way of necessary change.

(Editor’s Note ): In the United States, White Anglo-Saxon Protestants or WASPs are the white, upper-class, American Protestant elite, typically of British descent. WASPs have dominated American society, culture, and politics for most of the history of the United States. People and groups of other ethnicities and religions have also held on strong to policies that hinder justice for citizens; Catholics, Mormons, oh and JOHOs are the worst. An allegiance outside of our nation’s ideals and laws, preventing Liberty and Justice for all is abhorrent. The Oklahoma Post supports people’s freedom of speech, religion, ability to assemble, and other moral values as all should be protected, and not used as a weapon to stifle rights under Constitution, our civil and criminal legal systems.

Go to Appearance > Customize > Subscribe Pop-up to set this up.
Subscribe Oklahoma!
6
Manage Cookie Consent
To provide the best experiences, we use technologies like cookies to store and/or access device information. Consenting to these technologies will allow us to process data such as browsing behavior or unique IDs on this site. Not consenting or withdrawing consent, may adversely affect certain features and functions.
Manage options Manage services Manage vendors Read more about these purposes
View preferences
{title} {title} {title}