This year, four Chickasaw citizens were selected for induction into the Chickasaw Hall of Fame, the highest honor bestowed upon a citizen by the Chickasaw Nation. These four distinguished individuals share a dedication to the Chickasaw people and their communities that is exemplified through their contributions to culture, faith and public service.

“Our inductees earned success pursuing a wide range of personal interests and career paths,” said Chickasaw Nation Governor Bill Anoatubby. “However, they all share a sense of purpose, a commitment to excellence and a spirit of perseverance.”

After graduating college, Barnes taught high school and college English, art and computer science for 14 years. Barnes has won numerous awards for her art and short stories. She is known for her flowing, freestyle, vibrant depictions of outdoor scenes, First Americans and horses. Her specialties are watercolor and acrylic painting.

Barnes’ love for nature is shown in her artwork, which is influenced by her Chickasaw family and experiences with storytelling. Her art reflects the colorful stories her Chickasaw grandfather shared.

Barnes is the 2015 Chickasaw Nation Dynamic Woman of the Year and in 2019 she received the Women in the Arts Recognition Award from the Ada, Oklahoma chapter of the Daughters of the American Revolution.

As director of development for the advancement office at East Central University, Barnes was responsible for all fundraising activities leading to one of the largest donations in the school’s history of more than $8 million. She later joined the American Cancer Society where she helped raise more than $35 million for cancer research through her role as director of planned giving.

For these efforts, she won “Top Performer” and “Top in the Nation” awards. She retired in 2017 after many years of service with the nonprofit.

Barnes is active in her community through the Ada Chamber of Commerce and Ada Rotary. She is the past president of Ada’s Business and Professional Women, where she received the Woman of the Year Award in 2006. Barnes has served on her church board, Rotary board, the executive board of Boy Scouts of America and the Ada Arts Council executive board. She is also active through the Philanthropic Education Organization, Kappa Kappa Gamma Alumni Association and the National Watercolor Society.

Rev. Jonas Imotichey, born Feb. 27, 1904, was an original enrollee of the Chickasaw Nation. He attended primary school in Fillmore and later Chilocco Indian School, where he learned English.

Rev. Imotichey and his wife, Josie, were married for 43 years, and they had seven children. He was a hardworking individual with many skills and trades, including farming, woodworking and traditional bow making. Rev. Imotichey also assisted Chickasaw families, who did not have land allotments, by generously donating land so they could apply for federal tribal housing grants. He also routinely assisted his neighbors by providing land for their livestock, farming and storing equipment.

Rev. Imotichey served as a minister at the Sandy Creek Presbyterian Church where he preached sermons in Chickasaw. He was one of the last First Americans to be ordained by what was then known as the Indian Presbytery before they were required to attend seminary, during a time when civil rights issues gripped the United States. Rev. Imotichey was a part of the historic gatherings at Seeley Chapel marking the dawn of a new and progressive era for the Chickasaw Nation. He, along with other Chickasaw ministers and leaders, worked tirelessly to regain the right to self-determination, which later became the Indian Self-Determination Act in 1975.

Rev. Imotichey was selected by Governor Overton James to serve on his advisory council prior to his governorship appointment by President John F. Kennedy. He also represented the Chickasaw people on the Chickasaw Advisory Council from 1960 until his death in 1972, including serving several years as vice chairman. In 1968, Rev. Imotichey was appointed as an original member of the board of commissioners for the Chickasaw Nation Housing Authority. He served as an instrumental leader and voice of the community throughout his life and is distinguished for his dedication to the Chickasaw Nation, its people and their culture.

Jefferson E. Keel was born July 4, 1947, in Fillmore, Oklahoma. Keel attended Tishomingo High School and at 16 years old joined the Oklahoma Army National Guard. Soon after, he enlisted in the Army serving a total of 22 years, eventually obtaining the rank of captain.

He served two tours of duty in Vietnam, from 1966 to 1968, and again in 1970. Keel’s enlisted service spanned the infantry with the 1st Cavalry Division, 101st Airborne Division and the elite Army Rangers. He would also serve as an instructor at the U.S. Army Ranger’s School in Fort Benning, Georgia.

After his honorable discharge from the Army in 1974, he attended Murray State College. He later attended East Central University (ECU) earning a bachelor’s degree in 1978 and received the Gen. George C. Marshall Award for leadership excellence and academic achievement as ECU’s top military student. While in college at ECU, Keel joined the Reserve Officers’ Training Corps and was commissioned as a second lieutenant in field artillery when he graduated.

After college, Keel returned to active duty, which took him to several locations including Germany as a nuclear targeting officer and Fort Rucker, Alabama, as fire support and combined arms instructor. While stationed there, he attended Troy State University and earned a Master of Science degree. In 1989, Keel retired from the Army. Among his many military awards, Keel earned two Bronze Stars with Valor, two Purple Hearts, two Meritorious Service Medals and an Air Medal.

He then returned to Oklahoma to serve the Chickasaw people, working in roles that included mental health therapy, community services, social services and policy administration. He would eventually be elected as Lieutenant Governor of the Chickasaw Nation in 1999, serving in this position for 20 years.

During this time, he also served as President of the National Congress of American Indians for six years and made great strides in advancing the needs of the Chickasaw people and of Native and Indigenous peoples around the world. He testified before Congress on several occasions and worked behind the scenes on issues including health care, law enforcement, education, labor, sovereignty and more.

Keel served as chair and has been a member of numerous organizations and committees. He is an East Central University Distinguished Alumnus and has been inducted into the Military Museum Hall of Honor in Ardmore, Oklahoma, for his exemplary military and civilian achievements.

Keel is a previous co-chairman of the advisory committee to the National Native American Veterans Memorial in Washington, D.C. He is also a member of the Chickasaw Warrior Society.

Keel and his wife Carol have been married for over 45 years and have three children together. They now reside in Durant, where they continue their work with their church, community charity work and travel.

Tate strongly identifies with his Chickasaw culture. Chickasaw music and Chickasaw language are included in his compositions. He states his work is “elemental” and is inspired by his Chickasaw heritage.

His music has been featured in the popular HBO television series “Westworld.” His work has been performed by orchestras across the nation, including the National Symphony Orchestra; San Francisco Symphony and Chorus; Dallas Symphony Orchestra; the Santa Fe Desert Chorale; Canterbury Voices; Colorado Ballet; and Oklahoma City Philharmonic.

Tate is a U.S. Department of State appointed Cultural Ambassador, a Governor appointed Oklahoma Creativity Ambassador and a 2011 Emmy Award winner for his work on “The Science of Composing,” an Oklahoma Educational Television Authority documentary.

Tate is dedicated to the development of First American classical composition. He is the founding composition instructor for the Chickasaw Summer Arts Academy and has taught composition to North American Indian high school students in Minneapolis and Toronto, as well as the Hopi, Navajo and Lummi reservations.

To learn more about the 2022 Chickasaw Hall of Fame inductees and ceremony, visit HOF.Chickasaw.net.

“Chokma! The Chickasaw Nation website is where you will find the latest information regarding tribal programs and services, events, facilities, history, culture and more in one convenient location. The Chickasaw Nation remains strong and we are dedicated to meeting our mission to enhance the overall quality of life of the Chickasaw people. A diverse economic portfolio generates funds to support a variety of quality programs and services in the areas of education, health care, youth, aging, housing and more which directly benefit Chickasaws and their communities.” – GOVERNOR BILL ANOATUBBY

View the original transcript on the Official Chickasaw Nation Website. 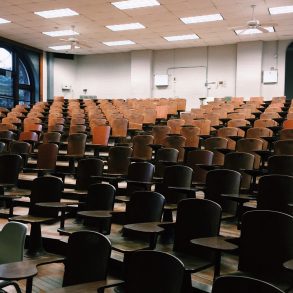 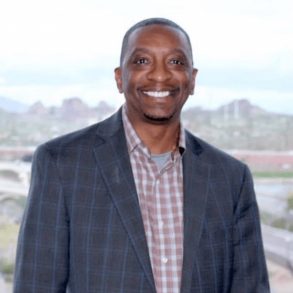