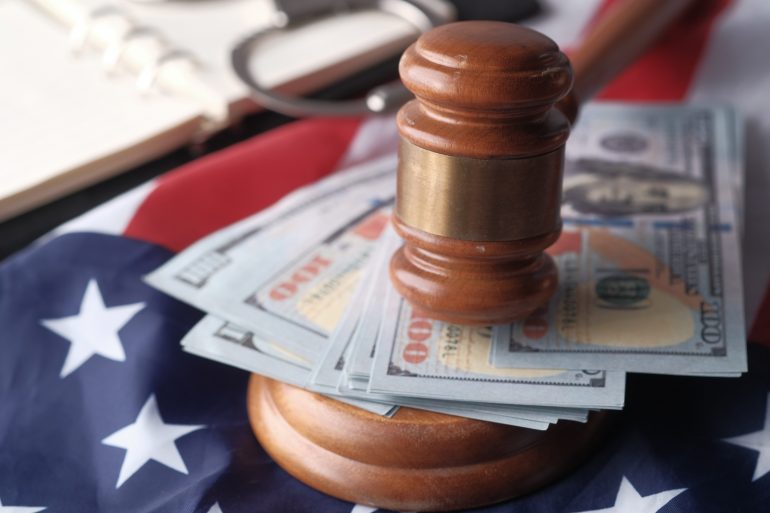 A group of Stillwater Oklahoma employees, elected officials, and the non-profit Saville Center, Inc were sued in a Payne County Oklahoma court on July 25, 2022. This is the second known case brought publicly against City Manager Norm McNickle and Mayor Will Joyce.

Plaintiff Gregory Moyer contends that the Defendants unlawfully delivered and failed to deliver FOIA requests that could be critical of Stillwater Police Department (SPD), City Manager Norm McNickle and his friends, and the Stillwater non-profit The Saville Center, Inc, which led to response delays and denials of information and constitutes a violation of his First Amendment rights, intentionally destroying evidence, and that this particular instance of redaction of FOIA documents delivered was done in a manner to harm Mr. Moyer and his family.

The argument states that he has been denied something to which he is statutorily entitled; simply because of his perceived viewpoint, which the City Officials have gleaned from his social-media postings, court hearings, and attempts at justice for his children, as well as the content of his FOIA requests. An agency, or personal practice of “delaying, burdening, or denying” FOIA requests constitutes a content- and viewpoint-based restriction of speech in violation of the First Amendment.

The case was originally assigned to elected Judge Phillip C. Corley, whom Mr. Moyer has made a judicial complaint and under the color of law assertion. Mr. Corley has recused and the case has been assigned to appointed Judge Kistler who is also overseeing Mr. Moyer’s visitation and divorce proceeding. In assigning the original case, Mr. Corley stated in a Journal Entry and then corrected, that Judge Kistler can set a date at whatever date he chooses, thus leading Kistler to continue a delay Moyer’s cases for unjust reasons.

Moyer, who is a father of two minor children in the District, has been an outspoken critic of the Payne County legal system, Oklahoma Department of Human Services (DHS), and the Stillwater legal authorities. When he had learned of a report created and distributed to the family and other parties, from the SPD, that had certain information redacted and some information not redacted in such a way as to harm Mr. Moyer and his family. Soon after submitting requests to the Stillwater Police department, Payne County Sheriffs Department, and the Saville Center Inc, for tapes, transcripts of the proceedings, photos listed as well as the metadata for those photos as described in the report, the information was first claimed to only be delivered by court order or discovery, then the Defendants claimed to not have any information contrary to what the City has attempted to share with others. The requests from Mr. Moyer to the Saville Center, Inc, for information regarding the child abuse complaint that he had made, were denied in full less than an hour after begin submitted. After an initial Pro-Se Federal Suit was filed against Payne County Judge Phillip Corley, Judge Katherine Thomas, Delacerda and Oliver attorneys at law, State of Oklahoma DHS, and Virginia Banks actions began occurring such as the denial of court transcripts, forwarding of information across state lines to Moyer’s ex-wife, the City of Stillwater then began producing documents responsive to Moyer’s requests, albeit with redactions Plaintiff believes were unwarranted and done so with the intent to harm, discredit, and to knowingly share private health information.

The City of Stillwater believes the First Amendment provides no right to access the documents he seeks, and so the denial of access cannot infringe on rights that never existed. They are also claiming the officers did nothing against policy or acted improperly.

The allegation brief in response states that Mayor Will Joyce “likely knew or should have known” that there was police corruption in which child abuse complaints were scrubbed against high-profile townies. A finding that appears to contradict the mayorial candidate’s assertion that he was unaware of any inappropriate behavior. Mr. Moyer claims that the DA also knew of the infringements and failed to take action. In conversations through Joyce’s brother, Mayor Joyce was requested and informed and then denied a meeting with the Mr. Moyer nearly a year ago.

A former State of Oklahoma judge who has reviewed the information, and has requested to remain anonymous stated to the Oklahoma Post, “These persons, who have thus far subverted the justice system and fooled the voters of this town, through criminal acts and subverting information to the voters, they seem to believe government records are “something” he is being denied here is of no consequence. When in fact people have actually died as a result of their actions. It has long been recognized that the First Amendment protects against differential treatment, including in the act of public service, and especially if he was the person making the complaint of child abuse. Plaintiff’s allegation that he has been denied access to records covered by the FOIA because of his viewpoint thus constitutes a constitutional injury. Even the most cursory review of the officials’ activities makes clear that these persons’ actions are not content or viewpoint neutral on its face. [This is] a clear intent to apply differential treatment to requests seeking certain content.”

According to Mr. Moyer, “a Department of Justice complaint has been made along with a new federal suit alleging violations of constitutional rights. A Tort complaint is also being filed alleging that several officials failed to do their jobs intentionally against Oklahoma state statutes. Some of these claims are based on the current state code, some of the feds will need to decide how to make Oklahoma a place that values family, trust in government, and become a State that will actually put into practice current guidance, policy, and law in regards to families. The state wants to narrow enforcement and procedure down to the county and city level, but then won’t allow for OSBI investigations into the matters by unconstitutional state laws. We know how Oklahoma feels about federal protections, but the City and County can’t cherry-pick Supreme Court decisions and codified federal law and then accept money for those programs. These persons and agencies established a pattern of discriminatory enforcement of the FOIA statute and in a content-discriminatory manner intentionally. I may have taken a few too many pops to the head, I do have what were private medical conditions I’ve lived with alone my entire life, but that doesn’t mean I don’t, we don’t, have rights in this country. Being different, or outstanding doesn’t mean the state gets to spend its allocated resources and tort suit funds on targeting hurting families that actually need services.”

When a group of independent officers were requested and obliged to review the police report and totality of content, each stated that the officers involved simply can’t do this and keep a badge.

Content- and viewpoint-based regulations are subject to strict scrutiny and thus offend the First Amendment unless the Government can prove that the restriction furthers a compelling interest and is narrowly tailored to achieve that interest. On this record delivered, the City can do no such thing.

Taking the facts as laid out by Plaintiff to be true, which the Court must do at this stage, the genesis of the controversy lies in alleged misconduct by its officials.

The lawsuit comes just days after news broke of the Mayor and City Manager are being sued by former city council member Darrell Dougherty.

Go to Appearance > Customize > Subscribe Pop-up to set this up.
Subscribe Oklahoma!
9
Manage Cookie Consent
To provide the best experiences, we use technologies like cookies to store and/or access device information. Consenting to these technologies will allow us to process data such as browsing behavior or unique IDs on this site. Not consenting or withdrawing consent, may adversely affect certain features and functions.
Manage options Manage services Manage vendors Read more about these purposes
View preferences
{title} {title} {title}