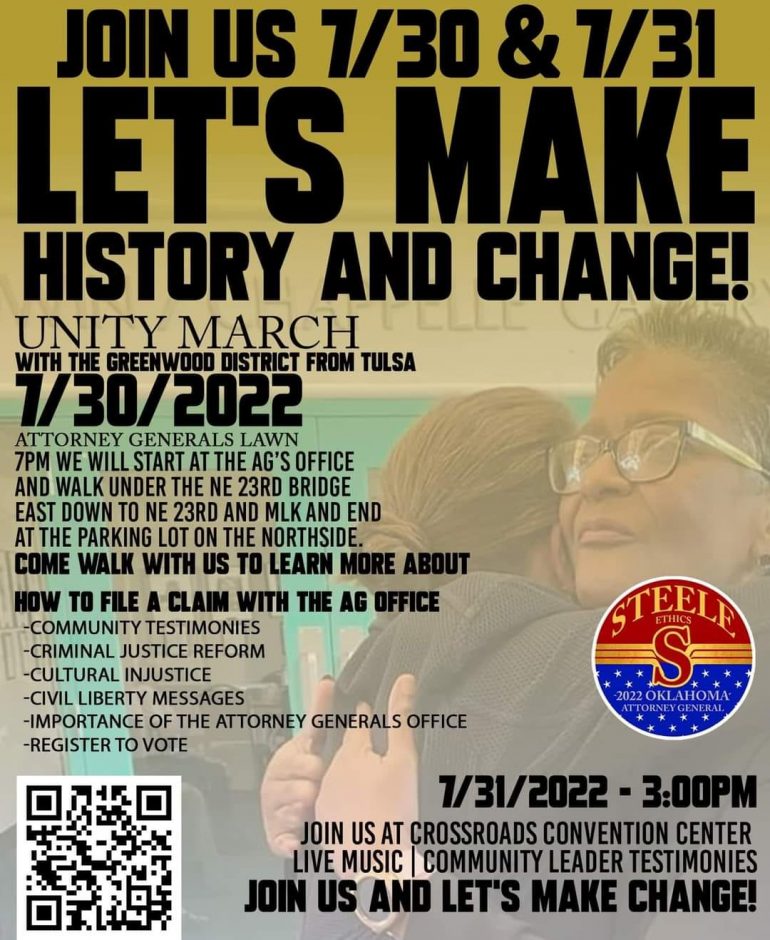 Hopes are high for change, yet the turnout must have been a disappointment for attendees of the Unity March held on July 30th and 31st. The Oklahoma Libertarian Party has 884 Facebook followers and more than 40 were interested in attending. The night ended with somewhat of a lackluster performance from the grassroots effort. There was a lack of attendance, with close to an estimated 20 people showing up at times to offer their political unity for the upcoming November election.

The disappointment wasn’t from a lack of event offerings, as there were live music performances planned, tribal leadership onsite, members from Tulsa’s Greenwood District present, and finally Libertarian candidate for Attorney General of Oklahoma Lynda Steel headlining the event.

There is still hope for the candidates such as the U.S. Army Vet Lynda Steele. She doesn’t quit and it was loudly expressed that the campaign hopes to see a bigger turnout at their next event.

“I was hoping to see a little more today, but I’m happy that everyone who is here attended to show their support. This gives me hope, and I reach out to all Oklahomans to come and join us in the future,” said Steele.

The lack of attendance did not stop the activists from voicing their opinions on economical and personal issues unfolding in Oklahoma society. Many attendees took advantage of the time, sitting in a circle at the center of the exhibition hall to find solutions with Steele. The evening ended for me by witnessing the Libertarian Party’s constructive involvement with the public, regardless of the turnout. I saw a proven leader listening to those citizens’ issues, even if it was just one constituent who needed her ear. I’m certain the person speaking with Steele received hopeful insight for the future of Oklahomans.