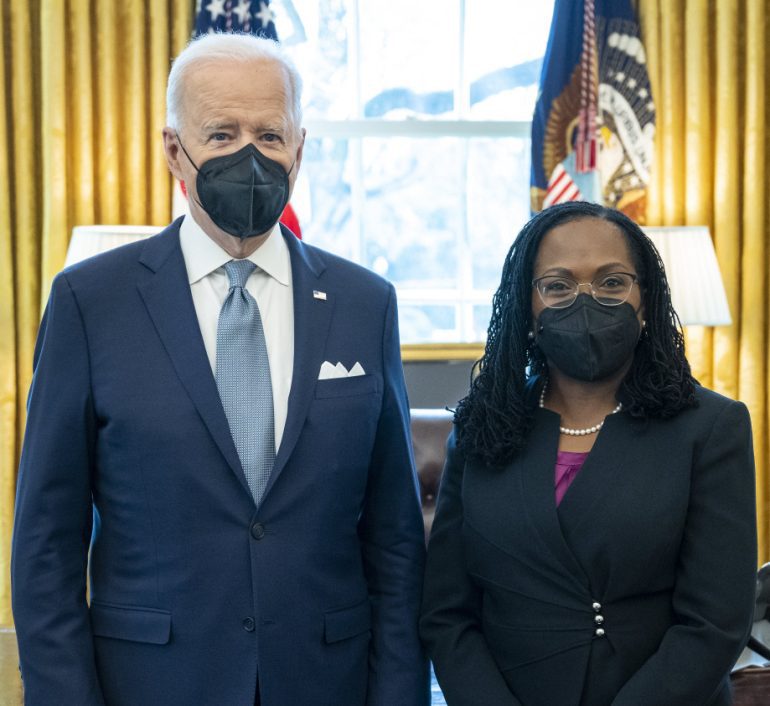 On February 25, 2022, President Joe Biden nominated Ketanji Brown Jackson to be an associate justice of the Supreme Court of the United States, filling the vacancy created by Justice Stephen Breyer’s retirement. Today, before a standing ovation Justice Jackson was confirmed by the Senate, 53–47, to succeed Breyer.

The official moment came as U.S. Vice President Kamala Harris announced the confirmation of Judge Ketanji Brown Jackson to the US Supreme Court, as the Senate floor and country erupted in applause. This is certainly a victory for Public Defenders across the nation.

Confirmation hearings lasted four days in March. An enduring Jackson completed nearly 24 hours of questioning from the 22 members of the Senate Judiciary Committee

Senate Members stood and cheered for the soon-to-be associate justice. Jackson watched the results in the Roosevelt Room with President Biden and her family.

“On this vote, the yeas are 53, the nays are 47,” said Harris, “and this nomination is confirmed.”
Republican Senators left the chambers as Sen. Mitt Romney of Utah, one of the three GOP members to vote for Jackson, stood and applauded.

Jackson is the 116th justice in U.S. history, with a final vote of 53 to 47. Three Republicans, Sens. Susan Collins of Maine, Lisa Murkowski of Alaska, and Mitt Romney of Utah, joined all 50 Democrats in support of Jackson.