Live From The OKC Unity March 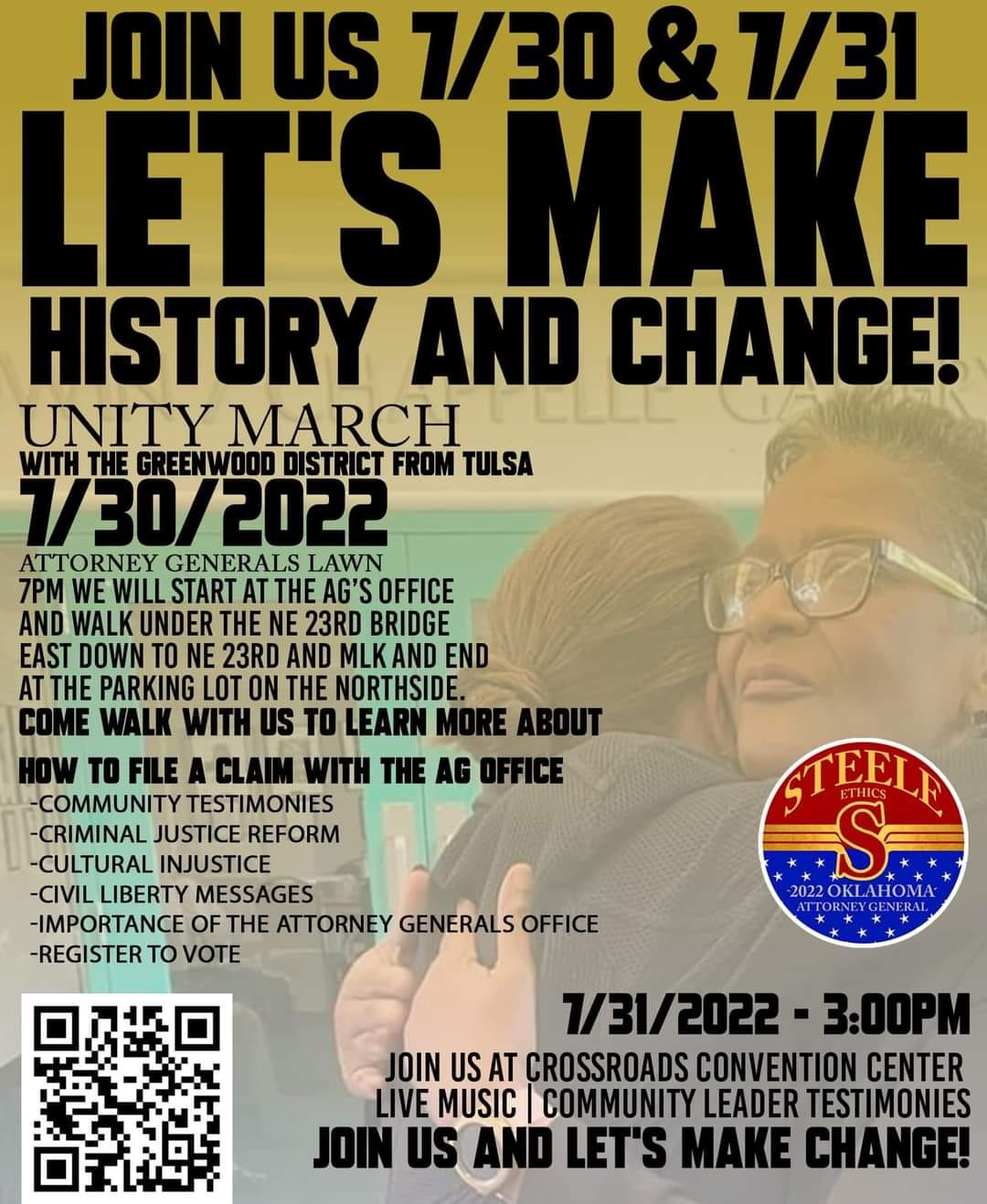 Join me live tonight, in downtown Oklahoma City at 7 pm! This evening we will be speaking with attendees and marching in unity.

Attorney General Libertarian candidate Lynda Steele is on a mission to bring attention to the injustices that continue throughout Oklahoma.

The event begins by welcoming leaders and organizations from the Greenwood District of Tulsa and the Chiefs of the sovereign tribes to come together in unity.

Attorney General candidate Lynda Steele gave us her thoughts on the corruption that has come to light across the state of Oklahoma.

“I feel like it’s common knowledge amongst Oklahomans. There is nobody here shocked by, ‘Oh my gosh, I have another police chief who hasn’t been audited in years, and they’ve been stealing children?’ You know, this isn’t new to Payne County and other surrounding areas.”

Senator candidate Kenneth Blevins also made an appearance at the march, giving his own thoughts to the corruption across the state.

“The corruption of Oklahoma is the same corruption that we’re seeing on a nationwide level. It’s been going on for as long as the democratic and republican parties have been in power. It is up to the people to expose and attack the corruption, and make the government work for the people.”

Ozlyn Delpierre rose in front of the unity, speaking out for the people on real world problems regarding the rights of women to abortion.

She personally addressed Governor Kevin Stitt, and Senator James Lankford in her letter, calling for demands to re-establish the rights of women as they once were, and to allow the freedom to do as they please with their own bodies without consequence from the government and law.

The question that arose amongst the cry for freedom to Governor Kevin Stitt and the Oklahoma government was how funds are to be raised for the upcoming increase of children in the state due to the abortion laws that have been put into place.

Join us tomorrow for the second part of the march at the Crossroads Mall in Oklahoma City for live music, complaint forms on site, and speeches from community leaders addressing the public and resolutions.

admin@theokpost.com
10:23 pm
We will be back tomorrow covering the events. Tribal leadership and community leaders from across the state will be in attendance to share their thoughts on the state of our State. Don't forget to attend and exercise your rights. The location will be at the old Crossroads Mall featuring live music and great speakers 7000 Crossroads Blvd., Oklahoma City, Oklahoma - OK 73149. If you haven't been in a while, it is worth revisiting.  Until then, Quill Whitlock 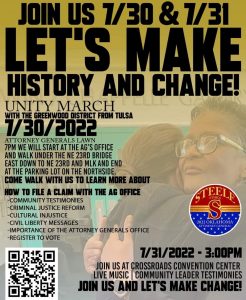 We’re soon to wrap up the first day of coverage.  The people of downtown Oklahoma are now aware of a rising of the people. We’ve heard from guest activists, all having their own words to share on equality. 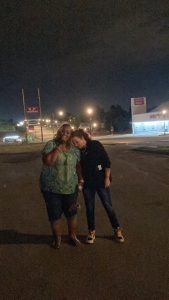 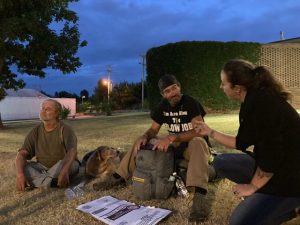 admin@theokpost.com
8:41 pm
We’re here at the Northeast corner of Martin Luther King, hearing from Lynda Steele, speaking out for equality, speaking out against corruption, and bringing unity among the people. 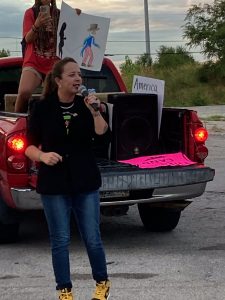 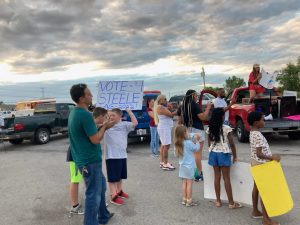 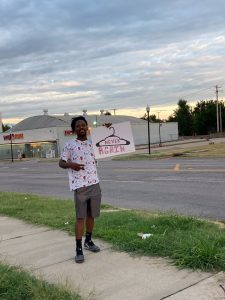 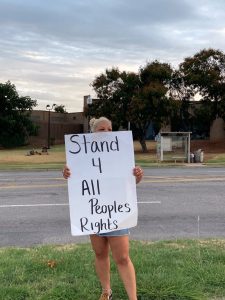 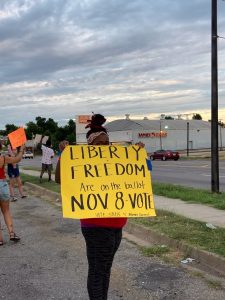 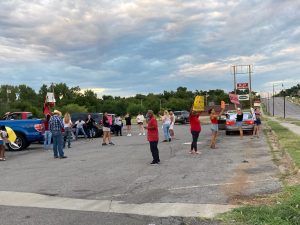 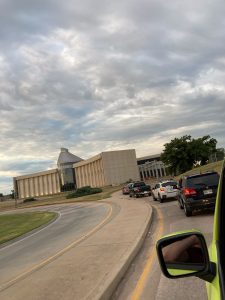 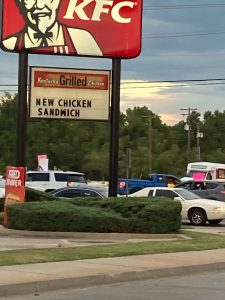 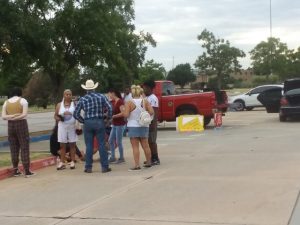 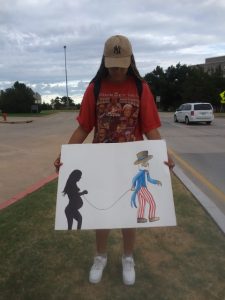 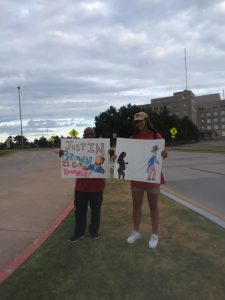 Here at the Unity March is our very own Attorney General candidate, Lynda Steele. She has a few thoughts on the corruption coming to light across the state of Oklahoma, including Payne County.

"I feel like it's common knowledge amongst Oklahomans. There is nobody here who is shocked by, 'Oh my gosh, I have another police chief who hasn't been audited in years, and they're taking children?'. You know, this isn't new to Payne County and other surrounding areas." 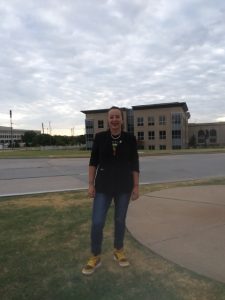 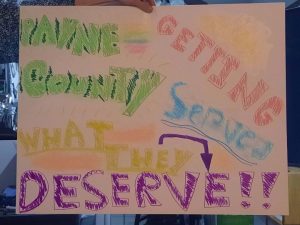 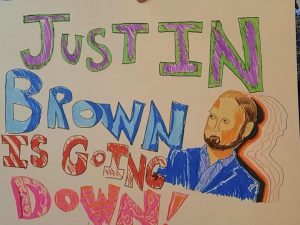 Protest signs created and held by a young sibling of a minor in an Oklahoma foster home. 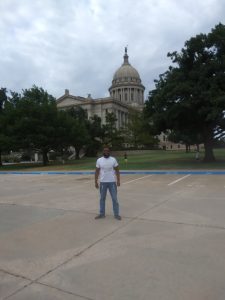