Live Protest: “We Won’t Sink, We Will ROE” Rally in OKC Monday At Office Of Attorney General 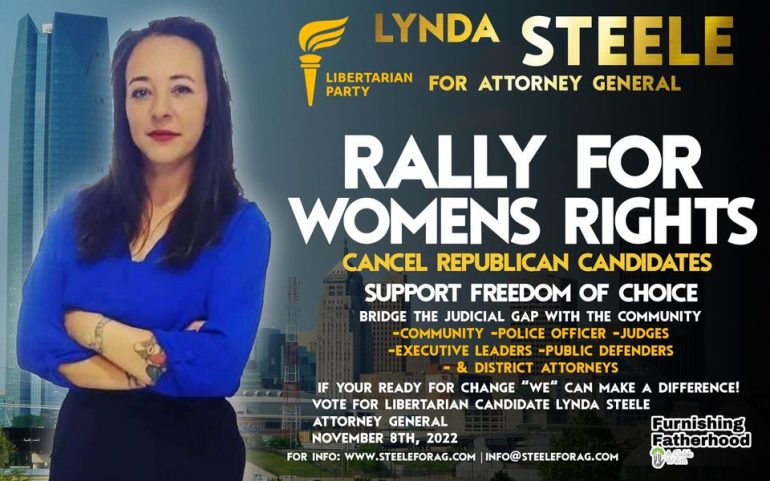 The historic overturning of Roe v. Wade is being met with protest across the USA and specifically outside the Oklahoma Attorney General John O’Connor’s public office Monday morning at 10 AM, June 27th. Thousands of rights supporters will gather in downtown OKC to have their demands heard regarding the US Supreme Court’s ruling in Dobbs v. Jackson Women’s Health Organization. After the leak of a draft of the opinion last month, few were surprised and many were still in shock.

Steele announced the scheduled protest in a recent Facebook post, “Monday, June 27th, 2022 at 10 am on the steps of my future office, the Oklahoma Attorney General’s office, I will be out with many other woman and men who stand up for the rights of all people! Vote Gold on November 8th and gain back your independence from government overreach! “

We Won’t Sink, We Will ROE” is led by Attorney General Candidate Lynda Steele, organized after the decades-old guarantee of abortion access was struck down and news spread through the state’s capital and to cities across Oklahoma Friday morning. Live coverage of the protest will be broadcast via this article by The Oklahoma Post.

Thoughts now turn to how the overturning of Roe V. Wade by The Supreme Court will affect local elections in November 2022. Enforcement starts before the voting begins and Oklahoma voters may be experiencing scandal fatigue.