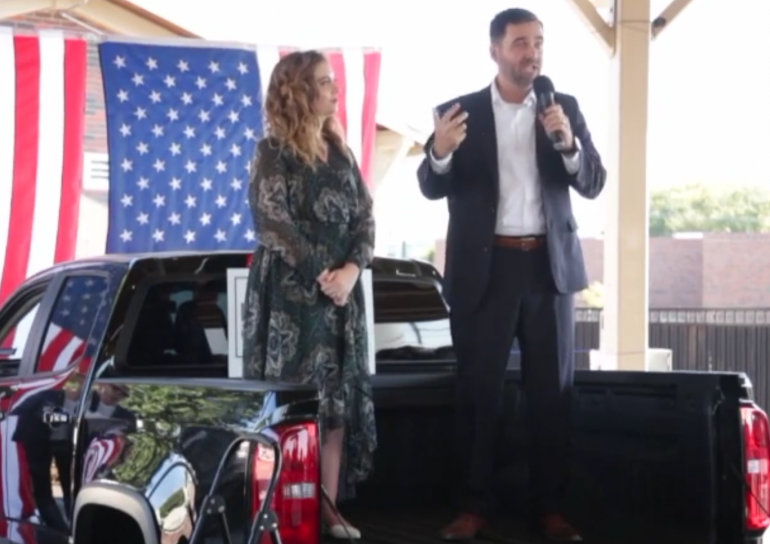 State Senator Nathan Dahm, better known as a public figure for his outlandish and misogynistic comments about women, released a statement this week in regards to the FBI warrant served upon Donald Trump’s Mar-A-Lago estate.

At a time when law enforcement is increasingly under pressure to keep up with gun violence, social media comment boards are loaded with threats following the search of stolen classified documents.

Senator Dahm states that a series of ridiculous Oklahoma House Bills is the answer to the current corruption problem in the political landscape.

“It is increasingly clear that the federal government isn’t willing to protect Americans. Not only that, but federal agencies are also being weaponized against American citizens for the political whims of those in power. That is unacceptable.” stated Dahm.

Oklahomans should really think about people that are attempting to prevent oversite in Oklahoma. Currently, the OSBI is very restricted in its application of authority and the Oklahoman’s rights to operate in the Court of Law is under attack. Replacing those protections with bills such as SB 1200 that would require that any federal agents or officers receive permission from the county sheriff before operating in their county is asinine considering the corruption of law enforcement in counties such as Payne, Logan, Oklahoma, and Wagoner. Dahm is a close compadre of Morrison native Kevin McDugle who is the Oklahoma “Stop The Steal” rally frontman. McDugle also happens to be the family of Genter Drummond (Oklahoma AG Candidate) and several persons under fire for Federal Under The Color Of Law investigations in Payne County Oklahoma. McDugle now lives in Wagoner County. See the entirety of the lease below.

“This rogue Biden regime continues to outdo itself. This weaponization of the FBI and the DOJ against former President Trump is unprecedented and should frighten those who cherish their freedoms.

“This reiterates how important it is for our state to push back on intrusion from the Feds. Last session, I introduced Senate Bill 1199, SB 1200, SB 1201, and SB 1251 that would have done just that. Unfortunately, those in leadership refuse to take federal overreach seriously and chose not to hear them.”

“It is increasingly clear that the federal government isn’t willing to protect Americans. Not only that, but federal agencies are also being weaponized against American citizens for the political whims of those in power. That is unacceptable.

“Those of us in elected office have a responsibility to defend the rights of the people. If we do nothing to check the Feds then we are abdicating our responsibility to the citizens of the state of Oklahoma. As the fighter for the rights of the people in the Oklahoma Senate, I will be introducing similar legislation in the upcoming legislative session. This time I hope Senate leadership will have the spine to see it through or get out of the way for those of us that do.”

View the original transcript on the Official OK Senate Website