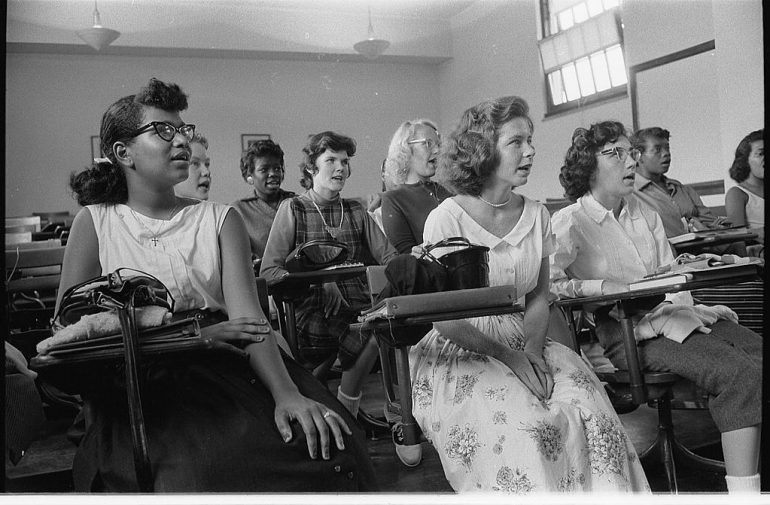 The U.S. Department Of Education notified the public through a press release news about further securing the civil rights of students with disabilities. Further information regarding the complaint process, to the Civil Rights Division, will be posted on The Oklahoma Post.

U.S. Department of Education Announces Intent to Strengthen and Protect Rights for Students with Disabilities by Amending Regulations Implementing Section 504

Forty-five years after publication of the regulations implementing Section 504 of the Rehabilitation Act of 1973, the landmark disability civil rights law, the U.S. Department of Education announced plans to gather public input on possible amendments to those regulations in order to strengthen and protect the rights of students with disabilities. Section 504 prohibits discrimination on the basis of disability in public and private programs and activities that receive federal financial assistance, including schools and postsecondary institutions.

The Department’s Office for Civil Rights will solicit public comments to help decide how best to improve current regulations to assist America’s students with disabilities. May is Mental Health Awareness Month and, as part of the President’s Unity Agenda, President Biden announced a strategy to address our nation’s mental health crisis. The work that OCR will do this month to listen to and solicit public input regarding improvements to the Department’s disability rights regulations will include input from those people with disabilities who also have mental health needs and their advocates.

“While the world has undergone enormous changes since 1977, the Department’s Section 504 regulations have remained, with few exceptions, unaltered,” said Assistant Secretary for Civil Rights Catherine E. Lhamon. “As we observe the 45th anniversary of these important regulations this month, it is time to start the process of updating them. Just as in 1977, the voices of people with disabilities must be heard and incorporated as we engage in that work.”

In April 1977, hundreds of people with disabilities and their supporters held protests at several of the regional offices of the Department of Education’s predecessor agency demanding that the agency approve the long-delayed non-discrimination regulations implementing Section 504 to protect the civil rights of people with disabilities. The protest in the Department’s San Francisco office lasted nearly a month, until the Secretary signed the regulations without change on April 28, 1977.  They were formally published on May 9, 1977.

The Department’s Section 504 regulations were the first issued by the federal government that addressed the treatment of people with disabilities through a civil rights framework, rather than through solely a medical or vocational framework. In the years that followed, these regulations served as a model for the regulations of other federal agencies and were the foundation for many of the provisions of the Americans with Disabilities Act of 1990.

For more than four decades, OCR has worked to eliminate disability discrimination in schools—including public pre-K through high schools, as well as postsecondary schools—by investigating complaints alleging violations of the regulations, conducting proactive investigations, issuing policy guidance, and providing technical assistance. On April 28, the Department announced a resolution agreement with the second-largest school district in the country, Los Angeles Unified School District, requiring it to take steps necessary to ensure that students with disabilities receive educational services, including compensatory services, during and resulting from the COVID-19 pandemic.

As part of the development of the proposed amendments to the Section 504 regulations, the Department is soliciting public input. Interested parties may go to www2.ed.gov/policy/rights/reg/ocr/ to submit comments. The Department will also hold listening sessions in the coming months.

Any comments received may be made available to the public, so commenters should avoid including any personal information that they want to keep confidential.  In addition, the Department intends to rely on prior feedback received in response to an earlier Request for Information regarding the nondiscriminatory administration of school discipline, and other information, to decide what changes would be most appropriate to include in a notice of proposed rulemaking.

The Department and OCR are committed to fulfilling Congress’ promises in Section 504 and to advancing progress in partnership with people with disabilities and the full educational community.

View the original transcript on the Official Department of Education Website.