SCOTUS Bends And Snaps: Oops I Dropped Something 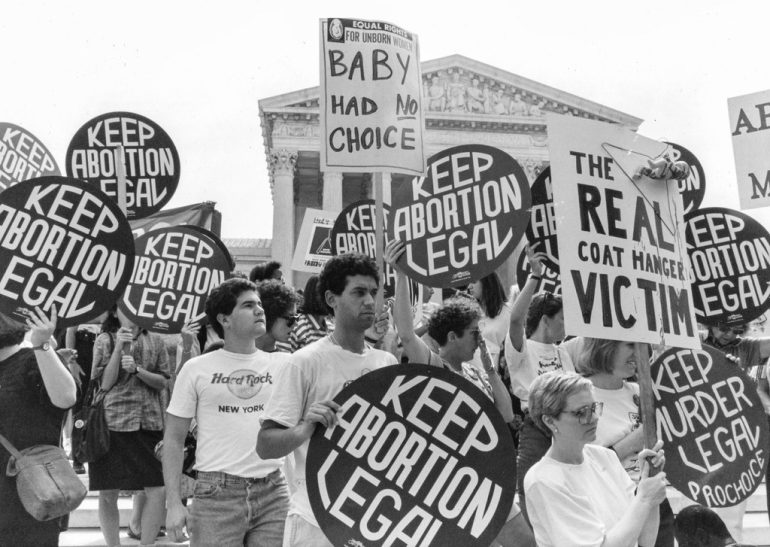 The Supreme Court was prepared to issue a ruling in Dobbs v. Jackson Women’s Health Organization, a case that directly challenged Roe v. Wade. Instead, in Legally Blonde fashion SCOTUS; 1) dropped the fully formed unpublished majority opinion of SCOTUS, 2) lost its self-perceived integrity, 3) managed to potentially change the legal meaning of Precedent along the way. The “Snap” is just to grab your attention early.

No, it’s not the act of the “leak” that has ruined the integrity of the Courts. The real story is the potential dropping of the meaning of legal precedent, hence today’s public relations campaign.

SCOTUS drops the news often and in the process of picking it up, attempts to get ahead of the story and make it as sexy; manageable. To bring the focus onto perceived Integrity and ensuring confidence in the loosely controlled branch of government.

The fake controversy stems from a leaked document that was illegally shared with Politico, which then published the SCOTUS draft opinion for the world to see Monday evening. The leaked document was Supreme Court Justice Samuel Alito’s majority opinion to overturn Roe v. Wade and Planned Parenthood v. Casey.

Justice Roberts was fast in response to the leaked opinion stating that “To the extent, this betrayal of the confidences of the Court was intended to undermine the integrity of our operations, it will not succeed. The work of the Court will not be affected in any way,”

The integrity-driven Roberts went on to explain that, “this was a singular and egregious breach of that trust that is an affront to the Court and the community of public servants who work here.”

The outlet and the Supreme Court Justice sold the idea that “no draft decision in the modern history of the court has been disclosed publicly while a case was still pending,” a hat tip to the rare nature of such information protocol breaches.

However, The Oklahoma Post has learned of numerous leaks with the same Modus Operandi and not all leaks made the national news. For example, in 1852 the case of the state of Pennsylvania versus the Wheeling & Belmont Bridge Company, the New York Tribune published the outcome ten days prior to the decision being “public”. In 1855 the New York Tribune also published an account of the backroom deliberations of Dred Scott versus Sandford.

Additionally, after Roe was reheard newly confirmed Justices Lewis Powell and William Rehnquist’s the final opinion in the case was leaked to Time Magazine. Time published the court’s decision days before the decision was ready to be made public, which upset Chief Justice Warren Burger so much that he wanted to take to fisticuffs with the notorious leaker. With the exception of the SCOTUS setting the narrative, there were no consequences to the leak.

This time, the attempt may have backfired on the Justices. This time we expect The SCOTUS will leave the most publically visible SNAP back to a rookie with potentially wobbly legs. A capable Judge Jackson-Brown also must reevaluate and explain to the public just what it means for American courts to follow the doctrine of stare decisis.

Just weeks ago Supreme Court Justice Ketanji Brown-Jackson called all Supreme Court cases “precedential” and “binding” as she went on to tell the confirmation committee that, “Roe and Casey, as you say, have been reaffirmed by the court and have been relied upon…and reliance is one of the factors that the court considers when it seeks to revisit, or when it’s asked to revisit, a precedent.”  Supreme Court nominee Ketanji Brown Jackson just called Roe v. Wade “settled law”.

The Democratic senators questioned Justice Jackson at her confirmation hearing reaffirmed through quotes and court opinion that Roe Vs. Wade was settled law. According to Justice Jackson, she believed that Roe v. Wade is settled as a precedent “I do agree with both Justice Kavanaugh and Justice Barrett on this issue,” Jackson said. “Roe and Casey are the settled law of the Supreme Court concerning the right to terminate a woman’s pregnancy.”

Leaks are nothing new in Washington and neither are the attempts to get ahead of stories. What is new is the redefining of what precedent and stare decisis mean in American courtrooms.

Because the Supreme Court of the United States has now paved the road for outlaws on abortion in 37 states, the story is one in which the SCOTUS must stay in front from start to finish.

We are anxious in awaiting for Justice Brown- Jackson’s Opinion.

For your full viewing pleasure The Bend And Snap