“Abortion is now Illegal in Oklahoma”, tweeted Governor Stitt’s Communications Director Carly Atchison this afternoon as the Oklahoma Attorney General John O’Connor has certified Section 861 of the Oklahoma criminal code, following the announced decision by the U.S. Supreme Court to Overturn Roe V. Wade. O’connor has issued guidance and intent to all state officials in the span of control of prosecuting abortion services and those conspiring.

A live response from the Governor of Oklahoma will begin at 2:30 CST. The broadcast can be seen below.

In a recent article posted on the official state website, O’connor stated, “After almost 50 years, the U.S. Supreme Court has wiped one of the most horrifying opinions in American history from the books. It has courageously done so in the face of intimidation, leaks, violence, and even an assassination attempt,” Attorney General O’Connor stated. “Roe not only took away over 60 million lives, it also barred Oklahomans and all other Americans from protecting our unborn children. We should help every woman facing a crisis pregnancy, but not at the cost of the innocent child’s life. This is truly a day for celebration and thanksgiving.”

Thoughts now turn to how the overturning of Roe V. Wade by The Supreme Court will affect local elections in November 2022. Enforcement starts before the voting begins and Oklahoma voters may be experiencing scandal fatigue.

“Just received this from the AG. Our “trigger bill” has been triggered. The AG has now officially certified this and Oklahoma can immediately start enforcing laws on the books that value life!” proudly exclaimed Senator Leader Greg Treat who is currently embroiled in the Epic Charter School scandal.

This is a developing story. Immediate reactions by the current candidates for Oklahoma public office are being pursued. More updates will be provided here.

admin@theokpost.com
2:44 pm
"As of this morning, abortions performed or abortions solicited in Oklahoma are illegal. Well, I would say if you put up a billboard or if you advertise that that you're going to provide abortions in Oklahoma or in another state that you're soliciting and abortion, so " - Attorney General John O'Oconner when explaining how the laws will be enforced in aiding, abetting, or soliciting abortion.

"Oklahoma is indeed the most pro-life state in the nation, we hope that other states will follow our lead"-State Of Oklahoma Attorney General John O'Conner 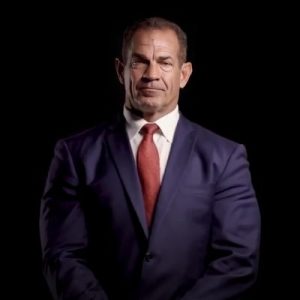 "Roe v Wade has been overturned! Praise God, but I warn you, our job in Oklahoma is not complete. The States MUST step up to end abortion at State level. Be aware, you’ll probably see abortions INCREASE. The battle is just heating up. We need leaders with backbone willing to fight"-  Dr. Mark Sherwood, GOP Candidate for Governor, former Tulsa Police Officer.

admin@theokpost.com
2:30 pm
"The Supreme Court's decision to overturn Roe v. Wade was predictable but heartbreaking. I have been fighting for women's rights for many, many years and promise to continue working alongside many others to protect the rights of women." - Jo Glenn an Oklahoma candidate for U.S. Senate; public school teacher and former public prosecutor for the City of Tulsa. 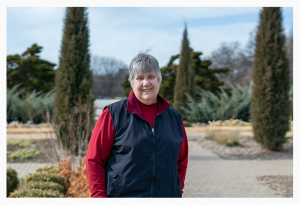 Governor Stitt preparing for the presser with AG O'Conner.

In 10 minutes, I'll be joined by Attorney General John O'Connor and Secretary of Health Kevin Corbett to celebrate AG O'Connor's certification to ban abortion in Oklahoma.

In 10 minutes, I'll be joined by Attorney General John O'Connor and Secretary of Health Kevin Corbett to celebrate AG O'Connor's certification to ban abortion in Oklahoma.

Governor Stitt will be holding a live news conference which may be seen at the link provided.